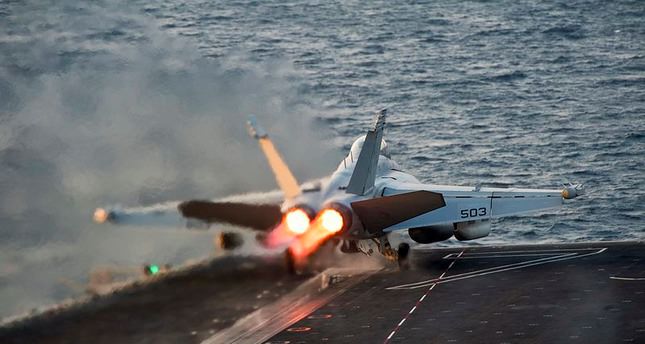 by reuters
Nov 06, 2014 12:00 am
The United States said it conducted airstrikes on Wednesday night against Khorasan Group targets in Syria, saying the group was plotting to attack Europe or the United States.

"We took decisive action to protect our interests and remove their capability to act," U.S. Central Command said in a statement on Thursday.

It said the strikes, carried out by the U.S. military against five Khorasan targets, "resulted in the intended effects by striking terrorists."

The airstrikes also hit the group's vehicles and buildings as well as bomb-making and training facilities, according to the statement. An earlier U.S.-led airstrike aimed at the group in September is believed to have failed to kill one of its top leaders as had been hoped by Washington.