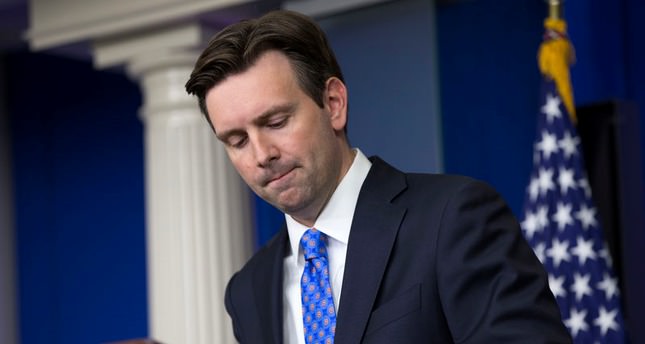 by reuters
Nov 06, 2014 12:00 am
The U.S. policy toward Iran has not changed, White House spokesman Josh Earnest said, in response to a report that U.S. President Barack Obama had written a letter to Iran's Supreme Leader Ayatollah Ali Khamenei about the campaign against ISIS insurgents.

The Wall Street Journal reported on Thursday that Obama sent a letter to the Iranian leader last month describing their shared interests regarding ISIS.

Earnest said he could not comment on private correspondence between Obama and a world leader.

"I'm not in a position to discuss private correspondence between the president and any world leader," he said at a White House briefing. "I can tell you that the policy that the president and his administration have articulated about Iran remains unchanged."

Earnest said the United States had discussed the campaign against ISIS with Tehran on the sidelines of negotiations concerning Iran's nuclear program but gave no details.

"The United States will not cooperate militarily with Iran in that effort," he said of the fight against ISIS. "We won't share intelligence with them. But their interests in the outcome is something that's been widely commented on - commented upon and something that on a couple of occasions has been discussed on the sidelines of other conversations."

U.S. House Speaker John Boehner, asked in a separate briefing about the reported letter, said he did not trust Iran's leaders and did not think they should be brought into the fight against ISIS.