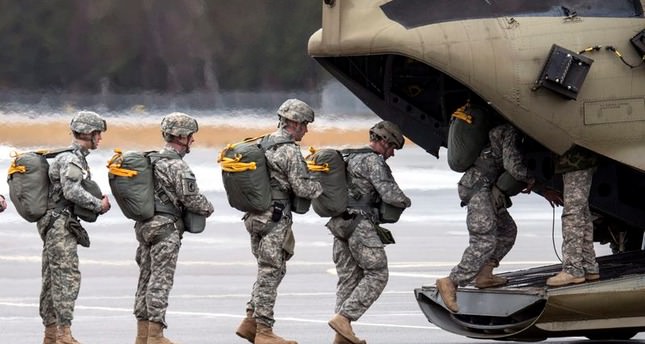 by Associated Press
Nov 07, 2014 12:00 am
President Barack Obama is authorizing the U.S. military to deploy up to 1,500 more troops to Iraq as part of the mission to combat the ISIS group.

Obama is also asking Congress for more than $5 billion to help fund the fight.

The White House says the troops won't serve in a combat role, but will train, advise and assist Iraqi military and Kurdish forces fighting ISIS.

White House press secretary Josh Earnest says Obama has also authorized the additional personnel to operate at Iraqi military facilities outside Baghdad and Erbil. Until now, U.S. troops have been operating a joint operation center setup with Iraqi forces there.

The announcement is part of a $5.6 billion funding request to Congress and came just after Obama met with congressional leaders Friday.
Last Update: Nov 07, 2014 10:56 pm