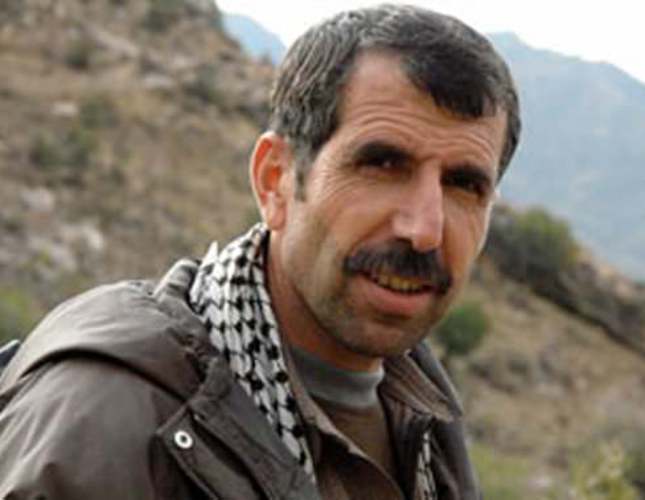 by Anadolu Agency
Nov 10, 2014 12:00 am
Fehman Hüseyin, one of the main leaders of PKK's armed branch HPG, was killed by ISIS militants in Kobani, according to media sources close to ISIS.

Hüseyin, also known as Doctor Bahoz Erdal, was in Kobani to give support to YPG forces -- PKK's Syrian offshoot-- when he was killed by ISIS militants, the sources say.

Hüseyin is a Syrian Kurd who studied medicine at university – thus nicknamed 'Doctor' – in Damascus. Following PKK's leader Abdullah Öcalan's capture in 1999, he shared the leadership of the terrorist organization with Murat Karayılan and Cemil Bayık, commanding the armed branch HPG particularly. He is also the alleged leader of TAK group, which is claimed to have split from PKK to pursue more violent tactics. TAK was blamed for recent deaths in October's Kobani protests, and claimed responsibility for terrorist attacks in towns and cities against civilians.
Last Update: Nov 10, 2014 6:46 pm