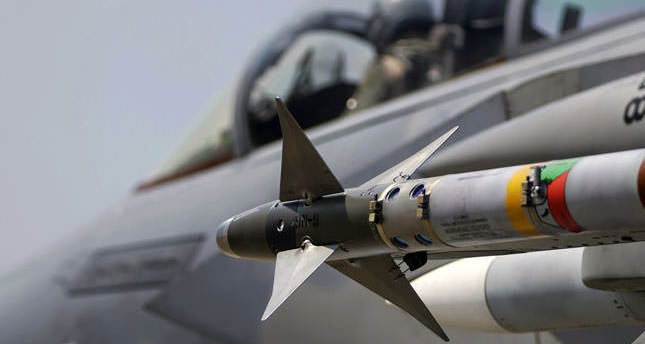 ISIS confirmed that a U.S. airstrike on a convoy wounded its leader Baghdadi but did not give further information on his health. According to the U.S., it cannot be confirmed whether Baghdadi was there

The U.S. carried out an airstrike in Mosul, Iraq on Friday, targeting a convoy belonging to the Islamic State of Iraq and al-Sham (ISIS) which was allegedly transporting top ISIS leaders. U.S. officials said it was unclear whether the group's top commander, Abu Bakr al-Baghdadi, had been in any of the 10 targeted vehicles. Colonel Patrick Ryder, a Central Command spokesman, said the U.S. military had reason to believe that the convoy was carrying the leaders of ISIS.

"I can confirm that coalition aircraft did conduct a series of airstrikes in Iraq against what was assessed to be a gathering of ISIS leaders near Mosul. We cannot confirm if ISIS leader Baghdadi was among those present," said Ryder. A Mosul morgue official said 50 bodies of ISIS militants were brought to the facility after the airstrike.

A spokesman for ISIS said Baghdadi was wounded in the airstrike. "Do you think that the Caliphate would end just because the caliph is dead," Mohammad al-Adnani, the spokesman, wrote in a Twitter account Sunday, saying Baghdadi's health was in good condition. He did not elaborate further. There was no independent confirmation as to whether Baghdadi was hit or wounded. A Pentagon official told Anadolu Agency that the U.S.-led coalition struck a series of ISIS top echelon targets in Northern Iraq near Mosul but it is yet to be confirmed if Baghdadi was there. "I can confirm that coalition aircraft did conduct a series of airstrikes Friday evening in Iraq against what was assessed to be a gathering of ISIS leaders near Mosul, destroying a vehicle convoy consisting of ten ISIS armed trucks," said Commander Elissa Smith, a Defense Department spokeswoman, in an email. There were several reports claiming that Baghdadi was either killed or fatally wounded in the airstrike. However, Smith said, "We cannot confirm if ISIS leader Abu Bakr al-Baghdadi was among those present.

"This strike demonstrates the pressure we continue to place on the ISIS terrorist network and the group has increasingly limited freedom to maneuver, communicate and command," Smith said.

Meanwhile, U.S. President Barack Obama announced on Sunday the deployment of 1,500 more troops to Iraq in what he termed a "new phase" in the battle against ISIS. Together with the deployment last week, the number of U.S. troops being sent to Iraq totaled 3,000. "What it signals is a new phase, what we knew was that phase one was getting an Iraqi government that was inclusive and credible, and we have done that now. And so now what we've done is, rather than just try to halt ISIS's momentum, we're now in a position to start going on some offense," Obama said, speaking on the CBS news program "Face the Nation." Obama pointed out that ISIS is an extremist group of a sort not seen before, as it combines terrorist tactics with on-the-ground capabilities. He noted that Saddam Hussein's former military commanders have also joined them. Still, the president insisted that U.S. troops would not return to Iraq to fight the group. He also stated that U.S. troops work in four training centers with U.S.-led coalition members to help Iraqi recruits and the Sunni tribes that are still resisting ISIS with training, equipment, strategies and logistics. "We will provide them close air support once they are prepared to start going on the offensive against ISIS. But what we will not be doing is having our troops do the fighting," he added. Istanbul / Daily Sabah with wire services