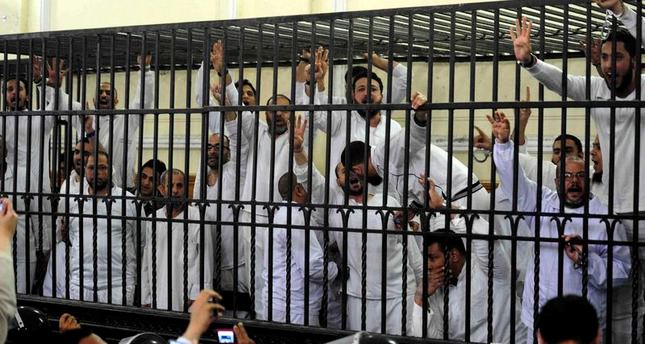 The Gulf Arab state has also designated Nusra Front and the ISIS, whose fighters are battling Syrian President Bashar al-Assad, as terrorist organisations, along with other Shi'ite militant groups such as the Houthi movement in Yemen.

Saturday's move echoes a similar move by Saudi Arabia in March and could increase pressure on Qatar whose backing for the group has sparked a row with fellow Gulf monarchies.

The UAE has designated al-Islah group, a local group banned in the UAE for its alleged link to Egypt's Muslim Brotherhood, as a terrorist group.

UAE authorities have cracked down on members of al-Islah and jailed scores of members convicted of forming an illegal branch of the Brotherhood. Al-Islah denies any such link, but says it shares some of the Brotherhood's ideology.

In March, UAE, Saudi Arabia and Bahrain collectively pulled their ambassadors from Doha claiming that Qatar had violated a 2013 security pact and interfered in their internal affairs.

Many observers, however, linked the move to Doha's support for ousted Egyptian president Mohamed Morsi and the latter's embattled Muslim Brotherhood group.

Following Morsi's ouster and imprisonment by the Egyptian army last year, a number of his supporters fled to Qatar-which had been a key ally of the Morsi administration-amid a harsh crackdown on dissent by Egypt's new army-backed rulers.

Saudi Arabia and the UAE had been the first two Arab countries to welcome Morsi's ouster by the army following opposition protests.

Last December, Egyptian authorities termed the Brotherhood, from which Morsi hails, as a "terrorist" group following a string of attacks in the country.

The Brotherhood, for its part, denies involvement in acts of violence and reiterates commitment to peaceful activism.
Last Update: Nov 15, 2014 8:44 pm