Syrian 'Hero Boy' video was a hoax by Norwegian director 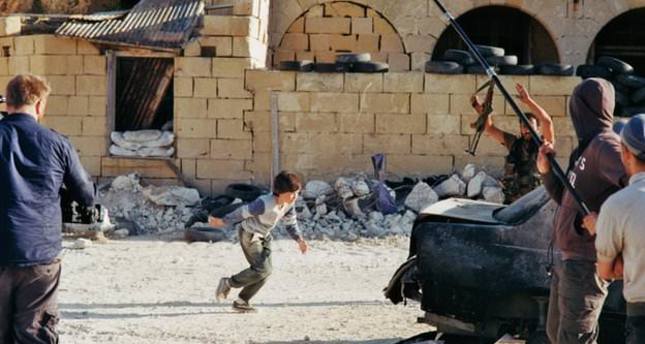 by daily sabah
Nov 15, 2014 12:00 am
A video that exploded on social media showing an eight-year-old Syrian boy risking his life to save his younger sister, caught in sniper fire was faked by Norwegian director. Lars Klevberg, a 34-year-old film director based in Oslo said he wrote the script after watching news coverage of the conflict in Syria. He says he intentionally put forth the video as reality in order to generate a discussion about children in conflict zones. Below is video of the set where it was filmed.

The intial video that was released shows an eight-year-old Syrian boy risking his life to save his younger sister, caught in sniper fire. The one-minute long video shows the Syrian boy running towards a young girl, hiding behind a car, while being constantly fired on by snipers, who are said to be the government forces loyal to Syrian President Bashar al-Assad.

In the video, the eight-year-old pretends to have been shot in the chest and falls to the ground and suddenly gets up and pulling his sister out from behind a car runs away as the snipers continuing to shoot at them.