US General Dempsey says his mission is to destroy ISIS, not overthrow Assad 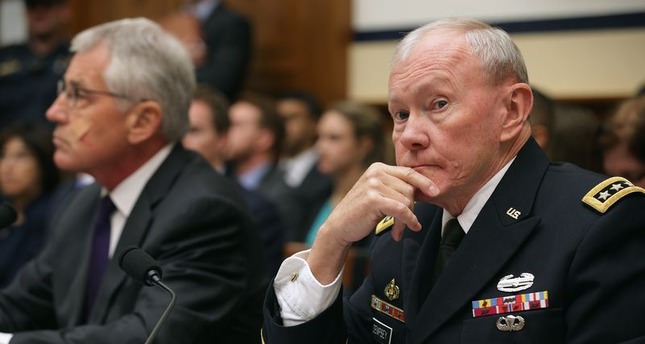 by AA Nov 19, 2014 12:00 am
The top U.S. general affirmed on Wednesday that he has been tasked with destroying ISIS, not overthrowing Syrian President Bashar al-Assad.

"My mission is to defeat ISIS, not to build a nation or topple the Syrian regime," Joint Chiefs of Staff chairman, General Martin Dempsey, told an audience of defense and security leaders at a Defense Summit in Washington.

Dempsey said "the counter-ISIS strategy has to exist in both Iraq and Syria," however, as for the military strategy specifically, prioritize Iraq.

During his recent visit to Iraq, Dempsey said he was encouraged by Iraqi leaders because they are acting "thoughtfully" in adopting an inclusive policy.

Iraqi leaders are faced with enormous problems that would take time to overcome, he said, including sectarian divisions.

They would need to show "courage" and "leadership" to settle all problems, he said.

In Iraq he also visited the Iraqi Kurdistan Regional Government's capital Erbil, where Kurds have joined the fight against ISIS.