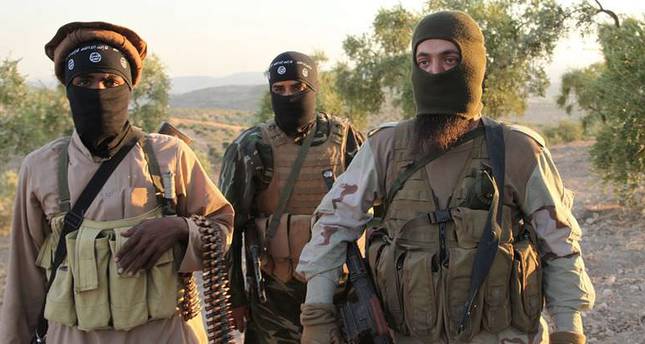 French nationals fighting in Syria with the ISIS group released a propaganda video on Thursday.

In the seven-minute video, which was produced in Syria, the Frenchmen burn their French passports and driving licenses, and call on "Muslims of France" to join them.

"You have oppressed us, fought our religion and insulted our Prophet (peace be upon him). And today, we do not believe in you and your passports, and if you come here we will fight you," a masked man says in Fluent French.

Another one, calling himself "Abu Salman Al Faransi" said: "Fight the unbelievers at home in France if you are unable to travel to Iraq or Syria... we have cars, weapons and ready targets in there."

The propaganda video, filmed with high production values, was probably filmed in Iraq, and has subtitles in Arabic and English. It comes just a day after France confirmed the appearance of two French nationals on the ISIS video showing the beheading of U.S. hostage Peter Kassig.

Muslim convert Maxime Hauchard, from northern France, and Michael Dos Santos, from Paris - both 22 years old - were both recognized first by their families, and then officially identified by French authorities.

Paris prosecutor Francois Molins has launched an official investigation into the pair who face accusations of "murder as part of an organized gang and criminal conspiracy for a terrorist group."

Since the beginning of war in Syria, some 3,000 citizens of Western European countries, including 400 Germans, have joined ISIS - with 1,132 of them being French nationals.

"Since the beginning of 2014, the number of French nationals leaving to fight in Syria and Iraq has increased by 82 percent," according to French Interior Minister Bernard Cazeneuve.

He added that almost 380 are currently in Syria and Iraq.

On November 4, the French parliament has adopted a controversial anti-terrorism law aimed at stopping their nationals from traveling abroad to fight in Syria, Iraq and other regions.

According to the law, a travel ban can be imposed on French nationals when "there are serious reasons to believe that someone is planning to travel abroad to take part in terrorist activities, war crimes or crimes against humanity or to join terrorist group and in conditions likely to jeopardize public security upon their return to French territory."

The ban, which is effective for at least six months, and which is renewable for up to two years, allows authorities to immediately confiscate the passports and identity cards of suspects.

The suspects' names can be placed on the Schengen Information System used by European countries and private transport, and they also face the possibility of receiving a sentence of up to three years in prison and a USD 58,000 fine.