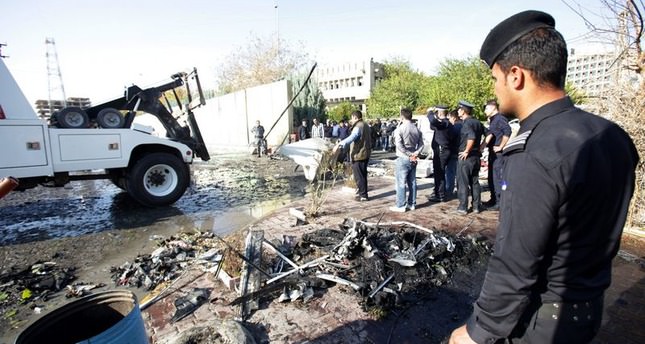 by AA
Nov 20, 2014 12:00 am
Turkey has condemned the suicide attack that took place in Iraq's Erbil province, killing five people and injuring 29 others on Wednesday.

"We offer our condolences to the victims' families and wish for a fast recovery for the injured," Turkey's foreign ministry said in a statement on Thursday.

"Turkey will continue its support to its brothers in Iraq, even in the fight against terrorism," the statement added.

A Turkish citizen and a Turkmen were among those injured in the attack.

Erdal Dalga, a Turkish citizen working in the construction sector in Erbil, told AA that he suffered injuries to his head and shoulder.

Fethi Maruf, brother of Aydin Maruf - a parliamentarian for the Iraqi Turkmen Front - was also injured during the attack.

"As the Iraqi Turkmen Front and as Turkmen in Erbil, we condemn this attack. Nobody will reach their goal through this kind of attack," Maruf said.

The attack also damaged some of the nearby houses and cars.

Security measures were increased in the area following the incident and the injured were rushed to hospital.

While the army battles militants in the western and northern provinces, other areas of the country have been the target of unrelenting bombings, assassinations and attacks against civilians and security personnel.