ISIS targets both Shiite and Sunni civilians in Iraq 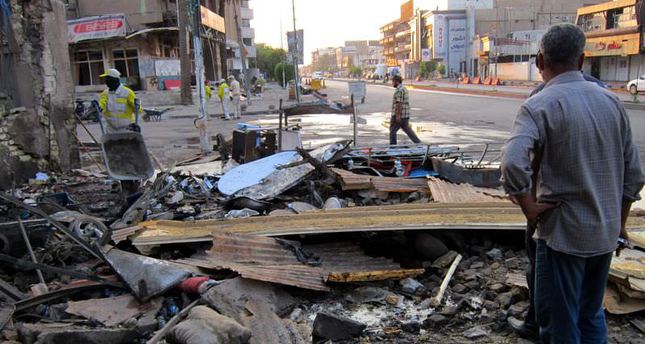 A report released by Human Rights Watch revealed that ISIS, which controls parts of Iraq and Syria, kills not only Shiites and Christians but also Sunnis who will be armed by the U.S.

The self-proclaimed Islamic State of Iraq and al-Sham (ISIS) has been escalating violence in the region by targeting Shiites and Christians in Iraq and Western-backed opposition groups in Syria. Although the group's targets are generally Shiites, who the militants consider as heretics, Sunni tribes also suffer from atrocities and arbitrary killings. Sunni tribes that refuse to ally with ISIS in its bloody war with the central Iraqi government, the Kurdistan Regional Government (KRG) and U.S.-led anti-ISIS coalition, have become the enemies of the group. Human Rights Watch (HRW) reported that ISIS abuses the human rights of Sunni civilians.

In the last few weeks ISIS has executed dozens of Sunnis who were members of al-Bu Nimr tribe, one of the Sunni tribes that helped U.S. Marines defeat al-Qaida in Iraq's vast western Anbar province during the 2006-2007 "surge" offensive. Because of this, ISIS considers the tribe a natural U.S. ally. Yet ordinary Sunnis in addition to al-Bu Nimr members are also attacked. ISIS militants, according to local sources, kill people if they refuse to ally or pay tribute.

The U.S., which has built a coalition with the aim of eradicating ISIS from Iraq and Syria, has decided to buy arms for Sunni tribesmen in Iraq including AK-47s, rocket-propelled grenades and mortar rounds to help bolster the battle against ISIS. "The plan to spend $24.1 million represents a small fraction of the larger $1.6 billion spending request to Congress focusing on training and arming Iraqi and Kurdish forces. But the document underscored the importance the Pentagon places on the Sunni tribesmen to its overall strategy to diminish ISIS, and cautioned Congress about the consequences of failing to assist them," Reuters reported. The document said "Not arming tribal fighters will continue to leave anti-[ISIS] tribes reluctant to actively counter [ISIS]." A U.S. official told Reuters that the document was posted this week and all U.S. support was directed "with, by and through" Iraq's government, suggesting any weapons would be supplied through Baghdad, in line with existing policy. The document also noted Iraqi security forces were "not particularly welcome in Anbar and other majority Sunni areas," citing their poor combat performance and sectarian divisions. "While the trend on the battlefield has been promising in stemming [ISIS] gains, Iraq lacks the training expertise and equipment to field the forces needed to liberate territory," the document said.

It was also reported that the number of Christians in Iraq has decreased dramatically since ISIS captured several cities where Christian communities lives. The Britain-based Independent daily reported that more than 50,000 Christians had to flee from their homeland when ISIS militants forced them to either convert to Islam or pay a tax to not be killed – and the tax was an impossibly high amount. Christians said they had to leave everything behind.

However, in the last few weeks it was reported that Iraqi security forces have been making advances against ISIS militants with the help of U.S.-led airstrikes. Iraqi soldiers backed by Shiite militias and Kurdish peshmerga forces attacked two towns northeast of Baghdad held by ISIS militants on Sunday, trying to clear a main road linking the capital to the border with Iran. Peshmerga forces and army officers said they advanced into Jalawla, 115 kilometers from Baghdad, and the nearby town of Saadiya, which they have been trying to recapture from ISIS. Ten soldiers, peshmerga and militia fighters were killed and 32 were wounded in Sunday's fighting, a source at Khanaqin Hospital told Reuters. There were no immediate casualty figures for ISIS militants.
Last Update: Nov 24, 2014 9:32 am