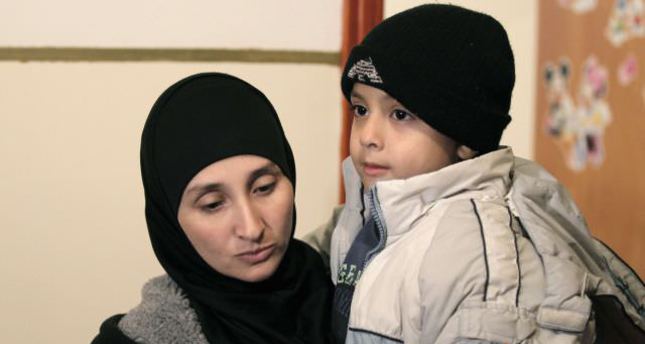 by daily sabah
Nov 27, 2014 12:00 am
Israel revoked the residency permit of the wife of a Palestinian man who carried out a deadly attack on a synagogue in East Jerusalem. The move by Israeli authorities is considered a clear violation of human rights as the Palestinian woman was not involved in any terrorist attack.

"I have ordered the cancellation of Nadia Abu Jamal's permit to stay in Israel. Anyone who is involved in terror must take into account that there are likely to be implications for their family members too," Interior Minister Gilad Erdan of Israel said in a statement, as reported by Agence Frence-Presse.

This latest move came after Israel's attempt to institutionalize discrimination against minorities, primarily Palestinians. A bill in the Knesset seeks to define Israel as a Jewish state of the Jewish people.

Israel's decision to revoke Abu Jamal's residency permit has received severe criticism from some Israeli rights groups. "[Abu Jamal] is not accused of any harm, and the revoking of her residency status will actually mean she will be banished from her home and thrown out of the city she lives in. Residency and social benefits ... aren't gifts or favors the authorities bestow and can then take away. They are essential aspects of people's existence," Israeli rights group B'Tselem spokewoman Sarit Michaeli told AFP.