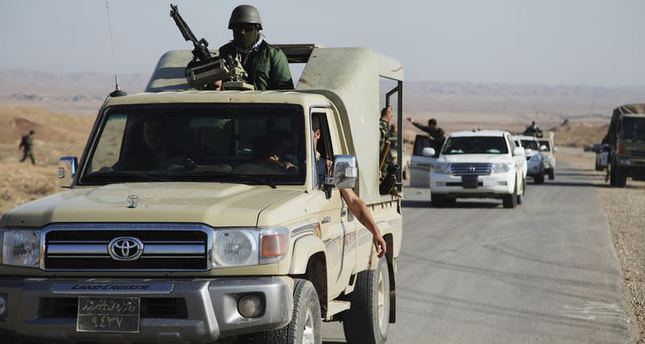 by AA Dec 01, 2014 12:00 am
Iraq's semi-autonomous Kurdistan Regional Government (KRG) has announced it will soon send replacements for its 150 Peshmerga fighters who were recently sent to the Syrian town of Kobani through Turkey.

"Our Peshmerga fighters in Kobani are tired. We will send new troops into the region," Cabbar Yaver, Secretary-General of the Ministry of Peshmerga Affairs, said Sunday.

The 150 Peshmerga were sent to Kobani to fight alongside Kurdish groups battling ISIS militants on October 28.

According to an AA reporter, the Peshmerga's new unit is awaiting departure with new weapons and ammunition. The new troops are expected to pass through Turkey's southeastern districts before they arrive in Kobani.

The Iraqi army and Peshmerga have been battling the self-proclaimed Islamic State of Iraq and al-Sham (ISIS) in Iraq since mid-June, when the terrorist group took control of Mosul, the second largest city in Iraq. The militant group is said to be now in control of large swathes of territory in Iraq and Syria.