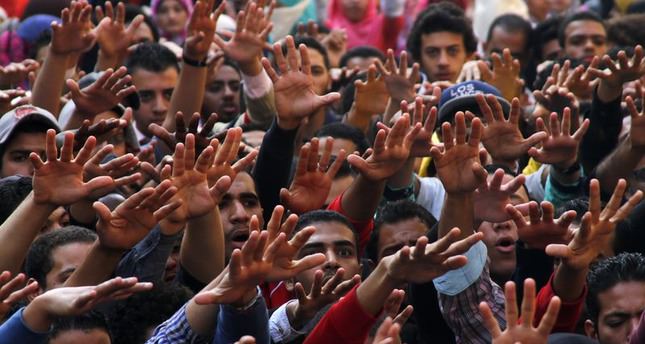 by AA Dec 02, 2014 12:00 am
An Egyptian court on Tuesday referred 188 defendants - most of whom are supporters of ousted president Mohamed Mors - to the grand mufti, Egypt's top religious authority, to consider possible death sentences over their alleged involvement in the storming of a police station in Kerdasa town and killing 11 policemen, a judicial source said.

"The Giza criminal court has referred the 188 defendants in the Kerdasa massacre to the mufti," the source told The Anadolu Agency.

He said that the court will issue its verdict in the case on January 24.

The opinion of the mufti is not binding to the court, but Egyptian law makes it necessary for judges to seek a religious point of view on any death sentence.

The defendants were convicted of storming a police station in Kerdasa in August of last year following Morsi's ouster by the military and killed 11 policemen.

The August attack came shortly after security forces violently dispersed two major sit-ins staged by Morsi supporters in Cairo, during which hundreds of protesters were killed.

Morsi, Egypt's first freely elected leader, was ousted by the army last year-and later imprisoned on a raft of criminal charges-following massive demonstrations against his presidency.

The government has since designated the Muslim Brotherhood, the group from which Morsi hails, a terrorist organization.