Iraqi gov't and KRG reach agreement, oil to be exported via Turkey 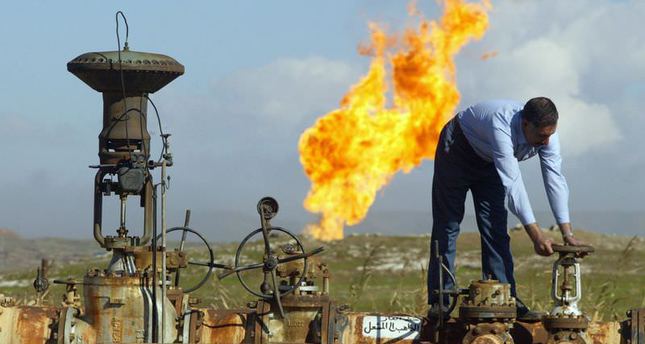 by Anadolu Agency Dec 02, 2014 12:00 am
Iraq's government reached a formal agreement on Tuesday with Kurdish Regional Government (KRG) to end a protracted dispute over oil exports.

Finance Minister Hoshiyar Zebari said the two sides had agreed to the export of 300,000 barrels per day (bpd) of oil from Kirkuk and 250,000 bpd from the northern Kurdish region through Turkey.

Describing the deal as a win-win accord for the central government and Kurdish Regional Government (KRG), Zebari said it would help increase Iraq's oil exports at a time when its budget was strained by low oil prices and the war against ISIS militants who control much of the country.

Zebari, a Kurd who is part of the Baghdad government, said oil from both areas would run through a Kurdish Regional Government's (KRG) pipeline to Turkey.

"It needs some technical work which starts immediately by the KRG," he said.

"It will entail the KRG exporting 250,000 barrels per day to Turkey to Ceyhan. It will be handed there to SOMO," he said, referring to the Iraqi state oil marketing company.

The Kurdish government will also help to link the Kirkuk oil fields to its pipeline to Turkey because the original pipeline was destroyed and is under ISIS control, he said.

As part of the deal, the federal government would resume payments to the Kurdish region of 17 percent of the state budget, and would additionally pay $1 billion towards salaries and equipment of the Kurdish peshmerga forces fighting alongside the Iraqi army against ISIS.

"The deal was reached today and endorsed by the Iraqi cabinet. Now it's a done deal," Zebari said

Other officials confirmed the deal was struck and said it would help Iraq's public finances.

"Iraq is currently facing an economic crisis. Part of dealing with this will be to increase oil production and this cannot be done without KRG support," said Aram Sheikh Mohammed, second deputy speaker of Iraq's parliament.