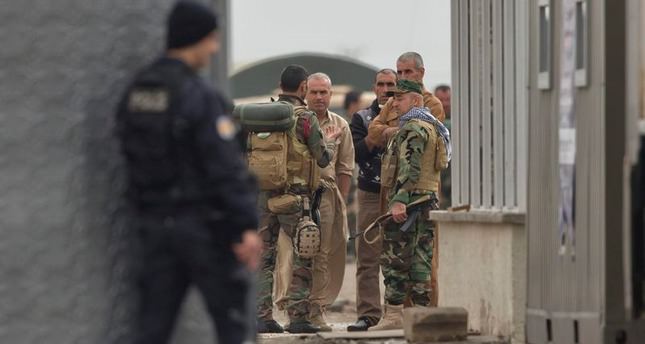 by Daily Sabah Dec 02, 2014 12:00 am
A group of 150 Iraqi Kurdish Peshmerga fighters have arrived in Turkey's southeastern Şanlıurfa province on Tuesday from where they plan to cross into the Syrian the town of Kobane.

The group headed to Turkish border town of Suruç, under tight security where they are expected to crossover into Kobani to join fighters battling the militants of the ISIS.

The Iraqi army and Peshmerga have been battling the self-proclaimed Islamic State of Iraq and al-Sham (ISIS) in Iraq since mid-June, when the terrorists group took control of Mosul, the second largest city in Iraq. The militant group is said to be now in control of large swathes of territory in Iraq and Syria.