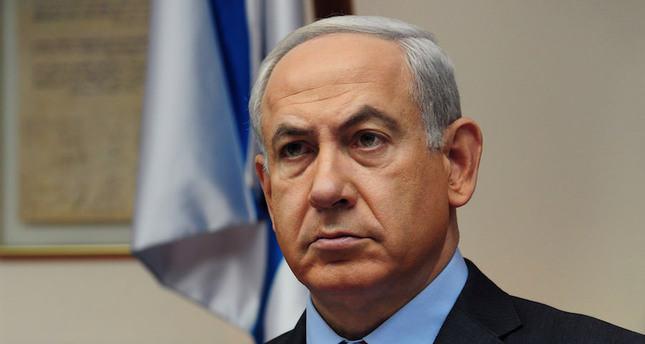 by Daily Sabah Dec 03, 2014 12:00 am
It's been only 20 months since Isreali Prime Minister Benjamin Netanyahu's government was formed, and he's already hinting at early elections. The country's leader said he would announce early parliamentary elections, as opposed to waiting until 2017, unless Isreal's ministers stopped opposing government policies. The fuse was lit after a meeting between the prime minister and centrist Yesh Atid party leader, Yair Lapid, took place yesterday to discuss the varying issues the government's coalition is split on, including the 2015 budget, and the Jewish nation-state bill.

Lapid claimed Netanyahu is failing to lead the peace process with the Palestinians, leaning too far towards the right in pushing Jewish settlements to the West Bank and East Jerusalem. The possibility of an early election, according to Danny Danon, the chairman of Netanyahu's Likud party, is to be blamed on Lapid for "dragging Israel to an unnecessary and expensive early election."

The Likud party is taking every measure to ensure victory at the ballot box. "We must be sure not to repeat the mistakes of the past and form the next coalition government with loyal and like-minded parties that are interested in serving as true partners in leading our great country," Danon said. According to Isreali media, if early elections take place, they would be in March.