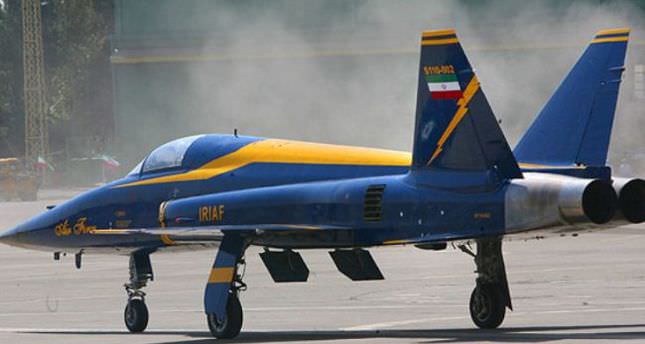 by Daily Sabah Dec 04, 2014 12:00 am
The Pentagon confirmed on Wednesday that Iranian fighter jets attacked radical group Islamic State of Iraq and al-Sham (ISIS) positions in Iraq's eastern province of Diyala. American-made F-4 Phantom jets from the Iranian air force appeared in a video, the Pentagon asserted. Pentagon spokesman Rear Admiral John Kirby spoke to Agence France-Presse, confirming the reports that Iranian jets flew over Diyala province, which has been under control of the Iraqi central government. "We have indications that they did indeed fly air strikes with F-4 Phantoms in the past several days," Admiral Kirby said. The U.S. State Department has neither confirmed nor denied the Pentagon's claims, while stating that Iranian military activity in Iraq is not coordinated with the U.S.-led anti-ISIS coalition.

Since the start of the anti-ISIS campaign in Iraq and Syria, Iranian forces have provided military assistance to Shiite militias battling ISIS militants and the central government. The earlier reports show that Iran sent three Su-25 fighter jets to Iraq to provide support for ground troops. This is the first time the Pentagon has confirmed Iranian military action against ISIS in Iraqi airspace.

Meanwhile, anti-ISIS coalition members from almost 60 countries met at NATO's headquarters in Brussels to further discuss and review the strategies applied so far. The coalition was formed in September by Washington to initiate an international air campaign to destroy ISIS. "We recognize the hard work that remains to be done," said U.S. Secretary of State John Kerry at the start of the first minister-level meeting, adding, "Our commitment will be measured most likely in years. But our efforts are already having a significant impact," he added. Regarding the growing fear among European countries of the threat posed by ISIS militants, EU High Representative for Foreign Affairs and Security Policy Federica Mogherini said that the EU bloc is ready to provide humanitarian, cultural and political aid to the fight against ISIS, while stressing "the need to keep religious issues out of the debate."