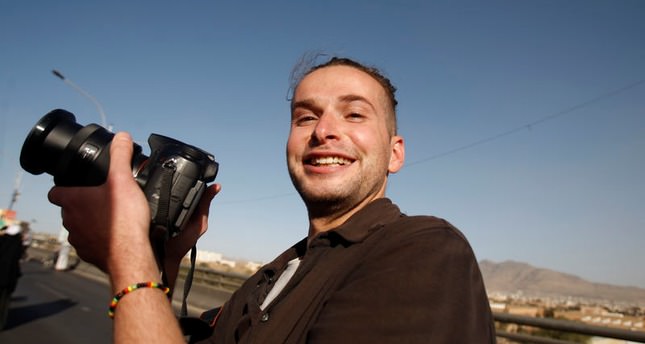 by Dec 04, 2014 12:00 am
The US attempted to rescue a US hostage being held by al-Qaeda in the Arabian Peninsula in Yemen, the White House said on Thursday.

The operation rescued other hostages, but Somers was not present.

The Yemeni branch of al-Qaeda Thursday threatened to kill Somers if the Obama administration did not meet unspecified demands within three days.

The threat was made by an al-Qaeda official, identified by extremism monitoring group SITE as Nasser bin Ali al-Ansi, in a video which also showed Somers.

"We give the US government three days from the date of issue of this statement to implement our demands, which they know well," al-Ansi said. "Otherwise, the American hostage we are holding will meet his ordained end."

Mehan said Obama authorized the rescue mission "as soon as the US government had reliable intelligence and an operational plan." She noted the mission was conducted by US and Yemeni forces.

The White House and Pentagon would not provide other details such as when or where the operation took place or which other hostages were freed, saying that the mission remains classified.

"As we have said repeatedly, the United States government is committed to the safety and well-being of its citizens, particularly those suffering in captivity," Pentagon spokesman Rear Admiral John Kirby said.

"We use the full breadth of our military, intelligence, law enforcement, and diplomatic capabilities to bring people home whenever we can. The United States will not tolerate the abduction of our people, and will work tirelessly to secure the safety of our citizens and to hold their captors accountable."

Al-Ansi denounced US raids against jihadists in Iraq, Syria and Somalia as well as Yemen, saying that a recent "failed operation" in Yemen's southern Hadhramaut province had killed "a constellation of holy warriors."

Somers was also shown in the video, apparently in good health and requesting "any help that can get me out of this situation.

"I am certain that my life is in danger," the young photojournalist said.

Somers was abducted in the Yemeni capital Sana'a in late 2013, the White House said.

He had documented the 2011 revolution that toppled long-time leader Ali Abdullah Saleh and later worked as a translator for the 2013 National Dialogue Forum, which sought to map an agreed future for Yemen after Saleh's departure.

Abductions of foreigners are common in Yemen, and experts say several victims have been seized and sold on to al-Qaeda.