Iran confirms air strikes against ISIS in Iraq, not coordinated with the US 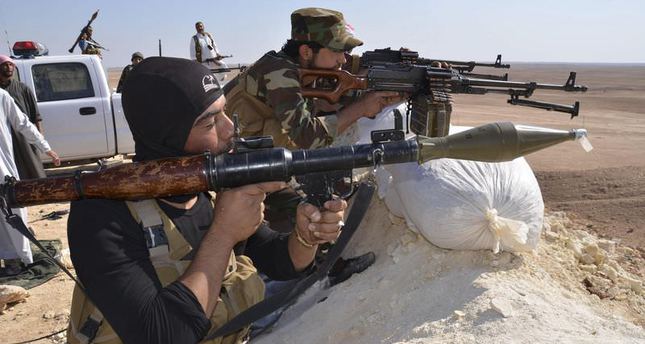 by Dec 06, 2014 12:00 am
A senior Iranian official has confirmed his country carried out air strikes in neighbouring Iraq against ISIS fighters at the request of Iraqi authorities, Britain's Guardian newspaper reported.

It quoted Deputy Foreign Minister Ebrahim Rahimpour as saying the strikes were not coordinated with the United States, which is also waging an air campaign against ISIS militants who control large parts of north and west Iraq.

The purpose of the strikes was "the defence of the interests of our friends in Iraq", the newspaper quoted Rahimpour as saying in an interview in London.

Rahimpour's reported comments were the first from an Iranian official confirming Iran's role in the air strikes in the Iraqi province of Diyala, which borders Iran, in late November. On Wednesday an Iranian official had denied that Iran had launched any such strikes.

Diyala is an ethnically mixed province, where the Iraqi army, backed by Kurdish Peshmerga and Shi'ite militias drove ISIS out of several towns and villages last month.

Iraq's Prime Minister Haider al-Abadi said on Wednesday he had no knowledge of Iranian air strikes. On Saturday, Finance Minister Hoshiyar Zebari told a security conference in Bahrain: "It's not 100 percent confirmed."

The Iranian role was first highlighted in footage filmed by Al Jazeera television, which appeared to show an F-4 Phantom striking Islamic State positions in Diyala. Defence experts said Iran and Turkey were the only regional operators of the F-4, and Turkey is reluctant to take on Islamic State militarily.

"We will not allow conditions in Iraq to descend to the level of Syria, which has been created by foreign players," the Guardian quoted Rahimpour as saying, referring to Syria's catastrophic three-year war in which Iran supports President Bashar al-Assad against rebels including ISIS.

Rahimpour said Iran was also assisting Kurdish forces in northern Iraq, but repeated Tehran's insistence that it did not have any ground troops in Iraq. "This is only an advisory presence. There is no need to send Iranian troops to Iraq. There are sufficient Iraqi and Kurdish troops there," he said.