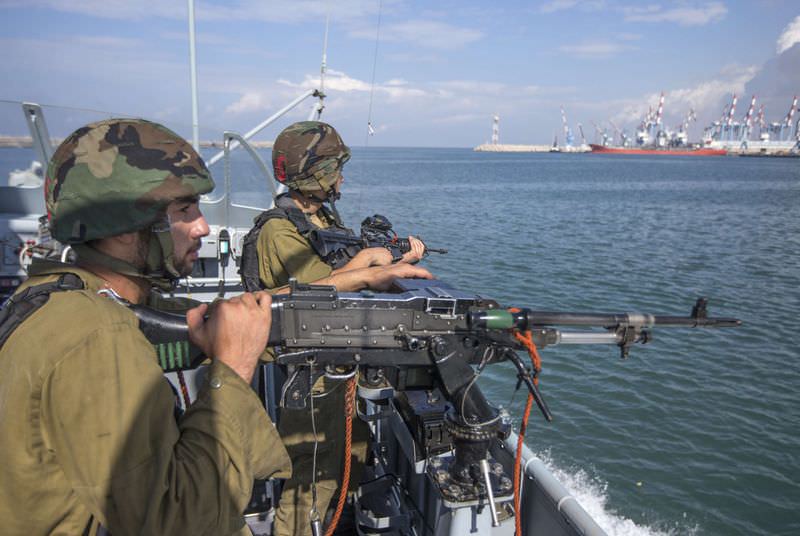 by AA Dec 06, 2014 12:00 am
Israeli naval forces opened fire on Palestinian fishing boats off the coast of the Gaza Strip on Saturday, a spokesman for Gaza's fishermen said.

"Israeli gunboats fired on the at the boats off the Gaza coast," Nizar Ayyash, head of Gaza's Palestinian Fishermen's Union, told The Anadolu Agency.

No casualties were reported.

According to Ayyash, the Israeli army claimed that the boats had crossed the six nautical miles off the coast allowed by the Israeli navy for Gaza's fishermen.

The Israeli navy routinely shoots at Palestinian fishing boats under the pretext that they go beyond fishing space specified for them, Ayyash said, noting that Israeli attacks usually sabotage the business of Palestinian fishermen.

In late August, Israel allowed Palestinian fishermen to ply their trade up to six nautical miles off the coast of the Gaza Strip-as opposed to three miles previously.

A cease-fire reached between Israel and Palestinian factions on August 26 ended 51 days of relentless Israeli attacks on the Gaza Strip-attacks that killed over 2,160 Palestinians-and also increased fishing space for Gaza's fishermen off the Gaza coast.

According to Ayyash, some 50,000 Gazans earn their living from the fishing business. He estimated their combined losses during Israel's recent war at more than $6 million.

Ever since Hamas-which Israel deems a "terrorist" organization-won the 2006 legislative polls, Israel has imposed a tight land and sea blockade on the Gaza Strip.
Last Update: Dec 07, 2014 10:34 am
RELATED TOPICS