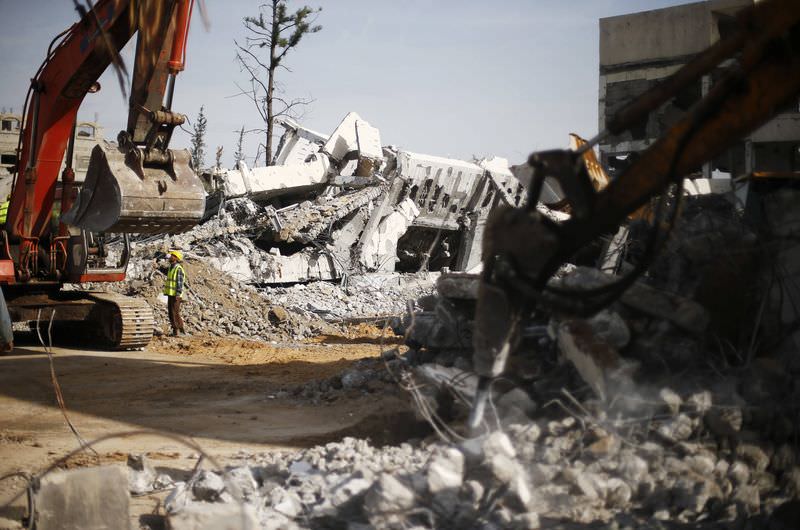 Ahead of early elections in March, Israeli opposition leader Isaac Herzog pledges to bring peace to the region after it deteriorated with the current Israeli government’s violent policies toward Palestinians

Amid prevailing feelings of hopelessness to end the Israeli-Palestinian conflict, Israeli opposition leader Isaac Herzog pledged to put more effort into achieving a two-state solution with Palestinian Authority (PA) Mahmoud Abbas in order to build peace and trust between the two communities.

Speaking at the Brookings Institutions in Washington, he underscored the stalled peace process, stating that he would lead Israel "in a new direction" unlike Israeli Prime Minister Benjamin Netanyahu's government policies that ignites violence.
Amid growing international pressure on Israel for the two-state solution to end the Israel-Palestinian conflict, Netanyahu and his right-wing Likud party has long been rejecting to take the international community's call to put an end to the conflict into consideration.

Israel also continues to expand the Jewish settlement project in the occupied Palestinian territory, which triggers social unrest while threatening the peace process in the region. Studies show that the Israeli settlement policy undermines the right to self-determination of the Palestinian people and employs excessive use of force by the Israeli forces on Palestinians. In addition, the humanitarian impact of the military blockade on Gaza flared up more tension and hatred between Israelis and Palestinians, leading the region to a point of no return to peace as peace efforts are already stuck.

Israel will hold early elections on March 17. The coming Israeli election amounts to a referendum on Netanyahu, a hard-headed defender of Israel to some and the man who buried dreams of peace to others. Early polls suggest Netanyahu, an enigmatic leader who has already served three terms as prime minister, is likely to return for a fourth time on March 17. But new developments, especially the emergence of an array of unpredictable centrist parties, make things difficult to predict.

Amid international condemnation to Israeli war crimes in the Gaza Strip, Israel's military said it had opened eight new criminal investigations into its Gaza war operations, including cases involving the deaths of 30 Palestinians.

Hamas dismissed Israel's probes into Gaza onslaught saying that "It is both irrational and unacceptable that the criminal himself would be the judge in an investigation," Hamas spokesman Fawzi Barhoum said on Sunday.

Apart from the death toll, at least 425,000 displaced people in the Gaza Strip are in emergency shelters, according to the U.N., and nearly 12,000 homes were destroyed or partially damaged during Israeli raids.