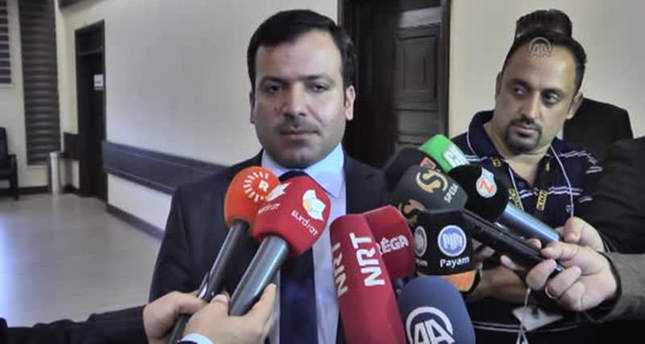 by AA Dec 07, 2014 12:00 am
The Kurdish Regional Government (KRG) in Iraq will be forced to seek independence should Baghdad not respect Kurdish rights as instituted in the Iraqi constitution, said the regional parliament speaker on Saturday.

Yusuf Mohammed Sadık told the Turkish press agency AA that the regional government was working on a strategy to stay in Iraq but that a referendum would be held if the Kurdish region were to seek independence.

"If the Iraqi constitution is not implemented and the Iraqi government does not observe Kurds' rights in the constitution, the Kurdish region will hold a referendum for independence," he said.

Sadık said the Kurdish Regional Government had made progress on developing their own constitution, adding several party groups in the parliament were still continuing their work on the draft, expected to be finished by August 2015.

Sadık stressed the importance of relations with Turkey, saying the cooperation would be improved by mutual visits.

Sadık also touched on the Turkish government's reconciliation process, which was launched last year and aims to secure an end to the decades-long conflict with the outlawed PKK group, which has claimed the lives of more than 40,000 people.

"Settling the peace process will upgrade the relations between Turkey and the Kurdish Regional Government. We would like to see it will achieve its goal very soon," he said.