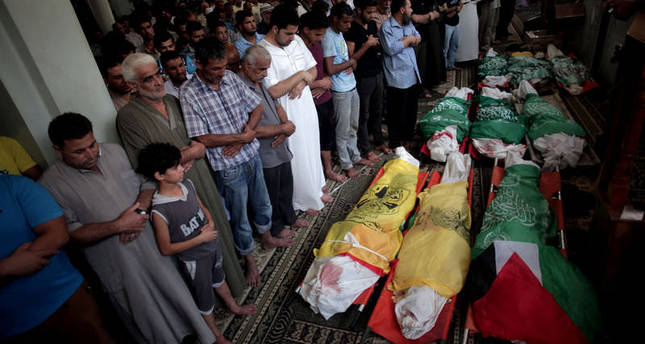 Palestinian resistance group Hamas hailed a report by an international rights watchdog on Tuesday, which accuses Israel of committing war crimes during its recent offensive on the Gaza Strip.

"It provided additional evidence that would help convict Israel and prosecute its leaders in international courts," he added.

Abu Zuhri asserted that the Palestinians should join international institutions, including the International Criminal Court, to "bring Israel to account for its crimes."

Earlier in the day, the London-based Amnesty International accused Israel of committing war crimes during its 51-day Gaza offensive, and called for an independent probe into airstrikes that had targeted buildings in the embattled coastal enclave.

The watchdog said it has evidence that Israeli attacks on four multi-story buildings in Gaza were in contravention of the international humanitarian law.

"All the evidence we have shows this large-scale destruction was carried out deliberately and with no military justification," said Philip Luther, Director of the Middle East and North Africa Program at Amnesty International.

"Both the facts on the ground and statements made by Israeli military spokespeople at the time indicate that the attacks were a collective punishment against the people of Gaza and were designed to destroy their already precarious livelihoods," he added.

In July and August, Israel unleashed an offensive on the Gaza Strip with the stated aim of halting rocket fire from the blockaded coastal enclave.

Over the course of the 51-day onslaught, more than 2,160 Palestinians - mostly civilians - were killed and nearly 11,000 injured.

73 Israelis - 68 soldiers and five civilians - were also killed during the offensive, which finally ended on August 26 with the announcement of an Egypt-brokered indefinite cease-fire.