Beauty care: a form of psychological treatment in midst of Syrian civil war 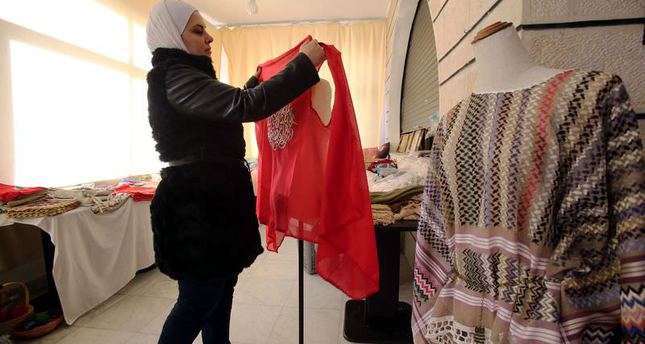 The echoes of government air strikes and incoming rebel mortar fire rattle buildings in the distance, but inside a beauty exhibition in Damascus the shoppers try not to notice.

Surrounded by Syria's raging civil war, some women in the bubble of regime-held Damascus are determined to keep up appearances, intent on maintaining their beauty regimes despite the ugliness of the conflict.

The war "feels as though it has been going on for 100 years," customer Lubana Murshid said as she toured the recent exhibition featuring everything from creams to Botox injections.

"Every day there is death, shelling, mortar fire... everything is ugly," she said.

"Because of that, I like to take care of myself and my makeup, to look after my skin, and this reflects on my internal well-being and makes me feel better."

The effects of the conflict, Murshid said, can be seen on many faces. "It ages us."

Much of Syria has been devastated by the war that erupted against President Bashar al-Assad's regime in March 2011, leaving more than 200,000 dead and half of the country's population forced from their homes.

But islands of seeming normality remain in regime-held areas, with some women able to indulge their love of beauty products, even items with luxury ingredients.

"The question of beauty is fundamental, and there are always those who will buy, regardless of the price," said Nabil Murtada, a vendor hawking creams containing gold and caviar at the exhibition at an upscale Damascus hotel.

Syria's economy had been badly hit by the war and much of the country's infrastructure, including factories, has been destroyed.

Dangerous roads make transporting goods more difficult and international sanctions have made imports harder to come by as well.

Unemployment and poverty have spiralled, with the United Nations saying more than half of the population is now living in extreme poverty. Mohamed Mebar, sales director for a number of global cosmetics brands, said sales stalled for a while after the conflict first erupted.

"But this year sales are up, as people get used to the increase in prices," he said.

And Iman Othman, a cosmetic specialist with a decade of experience, said business was as good as ever.

"The crisis hasn't affected our work because women will do without many things in order to keep up their looks," she said.

Johnny Bashur, sales director of a company specialising in silicone implants and Botox injections, was equally upbeat about the industry's prospects despite the war.

Many women will continue seeking such treatments, he said, "no matter the crisis or the cost".

"They want to look younger to make themselves feel better and boost their confidence," he said.

"Those who love makeup remain faithful to it," said Leila, who runs a cosmetics shop in the central Mazraa neighbourhood of the capital.

The price of her products has gone up, she said, because of the difficulties of procuring stock in wartime, "but the demand has stayed the same". At the exhibition, marketing director Ehab al-Nowaqil displayed American-made supplements that promised better hair and skin.

"We decided to stay in the Syrian market because we felt the crisis would not be an obstacle, and the Syrian people are full of life," he said.


In the suburbs of the capital, housewife Siham said she considered beauty care a form of psychological treatment in the midst of the horrors of war.

"No matter how exhausted you are, you come out like another woman," she said at a local beauty salon.

The conflict's devastation "should not reach our souls," she said.