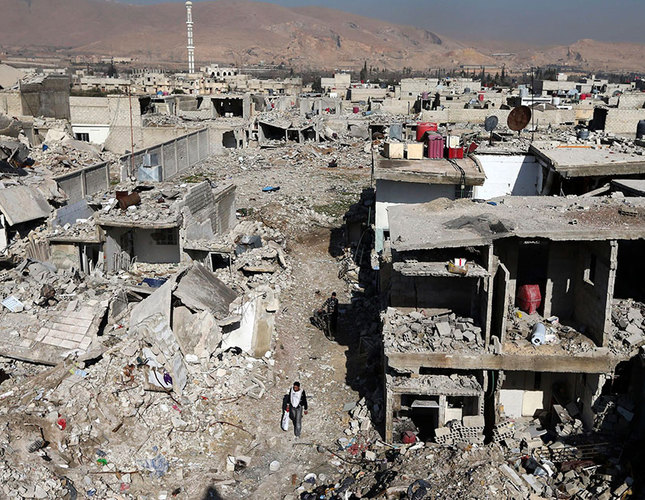 by Dec 13, 2014 12:00 am
European Union governments agreed on Friday to ban the export of jet fuel to Syria from Sunday, saying it was being used by the Syrian air force for indiscriminate attacks against civilians.

However, fuel and additives exclusively used by non-Syrian civilian aircraft landing in Syria will be exempt, so these planes can continue their onward flights.

Europe is heavily dependent on jet fuel imports from the Middle East and it was not immediately clear how much fuel the 28-nation bloc actually exported to Syria.

The United Nations says at least 3.2 million people have fled Syria and 200,000 have been killed in the more than three-year-old civil war, which broke out after protests against President Bashar al-Assad's government.

EU ministers agreed in principle in October to ban jet fuel sales to Syria, but the details have only now been worked out.

Legal texts with a detailed list of fuel types and additives covered by the ban will be published in the EU's Official Journal on Saturday.