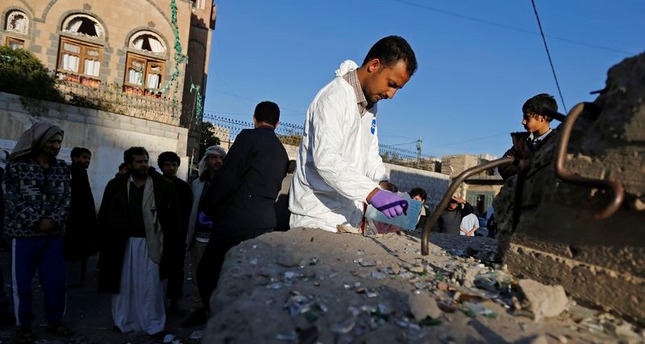 by Dec 16, 2014 12:00 am
A car bomb attack on Shiite militia in central Yemen killed 25 people including 15 children on Tuesday, security and medical sources said.

The children were killed when their school bus was caught up in the attack targeting the home of a leader of the Shiite militia, known as Huthis, in the town of Rada, a local security source told AFP, blaming the attack on Al-Qaeda.

A medical source confirmed that 25 people had died in the attack.