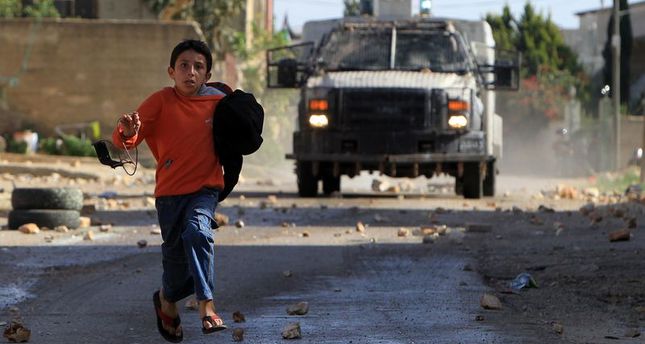 by Daily Sabah with AA Dec 18, 2014 12:00 am
A 25 years old Palestinian youth has been injured during Israeli army forces' attack on Aksar refugee camp, in the West Bank city of Nablus, on Thursday, eyewitnesses have said.

Several Palestinians have reportedly suffered temporary asphyxiations as a result of teargas, according to witnesses.

There has been no comment from the Israeli army on the report.