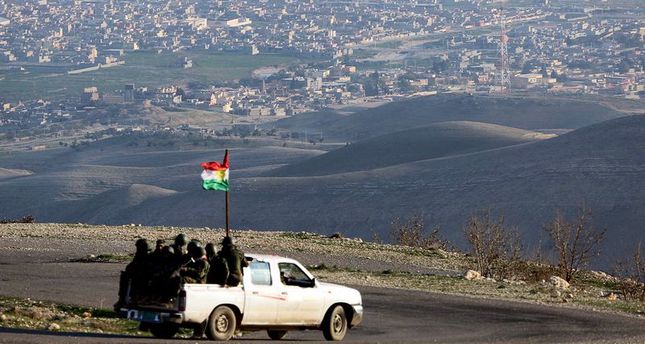 by AA Dec 20, 2014 12:00 am
The Kurdish Peshmerga forces have managed to defeat ISIS after three days of clashes and took control of Iraq's Sinjar town near Mosul on Saturday, Peshmerga sources said.

"Peshmerga forces succeeded in entering Sinjar town with the U.S-led international coalition's airstrikes support. A lot of ISIS militants were forced to withdraw from Sinjar and to escape to Mosul city, while some others are still resisting," a commander from Peshmerga forces told The Anadolu Agency reporter on the ground.

Meanwhile, Iraqi security forces managed to repel the self-proclaimed Islamic State of Iraq and al-Sham's (ISIS) attack on Ramadi city on Saturday in the western Iraqi province of Anbar, a government official said. An Iraqi army official denied any involvement of U.S. troops in the defense of Ramadi.

ISIS had been in control of Sinjar, which is 77 miles west of Mosul - where the group began its large-scale campaign that tore through Iraq - and home to many Ezidi Kurds.

The Ezidi population is estimated at 600,000 and a number of Ezidi minority groups live in Turkey, Syria, Iran, Georgia and Armenia.

The U.S. is leading an international coalition which has carried out numerous airstrikes against ISIS in Iraq and Syria since the militant group took over Mosul, in northern Iraq, in June.

Iraq has been in a security vacuum since June, when ISIS stormed Mosul and declared what it called a caliphate in parts of Iraq and Syria.

Meanwhile, in capital Baghdad, three people were killed and 15 others were wounded in two explosions and mortar strike on Saturday, according to police sources.
Last Update: Dec 21, 2014 9:46 am
RELATED TOPICS