Kurds push into Mosul and Sinjar in Iraq 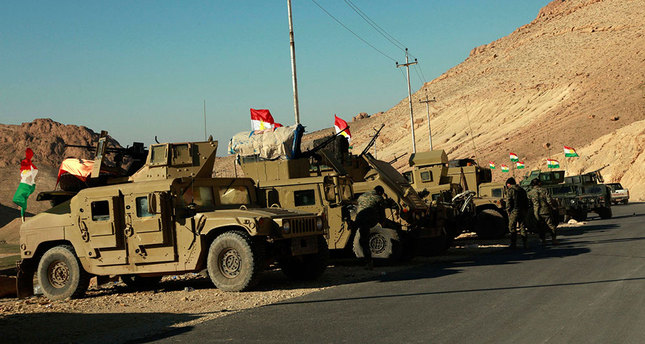 by Daily Sabah Dec 21, 2014 12:00 am
Kurdish fighters are pushing their way into the town of Sinjar, backed by U.S.-led coalition airstrikes against Islamic State of Iraq and al-Sham (ISIS) militants who captured the town last summer.

Loud explosions and intense gun battles were heard from inside the town on Sunday. Kurdish peshmerga fighters last week launched the operation to retake Sinjar and opened up a passageway to Mt. Sinjar, overlooking the town, to evacuate some of the thousands of Yazidis trapped on the mountain by the fighting. At the same time, Kurdish forces launched an assault on ISIS positions in Mosul. An Iraqi official told news agencies the retake of Mosul will not be difficult. Mosul was captured by the ISIS militants last June.

Meanwhile, an Iraqi official says Iraqi forces were fighting Sunday to retake the Tal Afar military airport from the ISIS group. He spoke on condition of anonymity as he was not authorized to talk to media.