Syria opens Aleppo, other troubled areas for medical aid: WHO 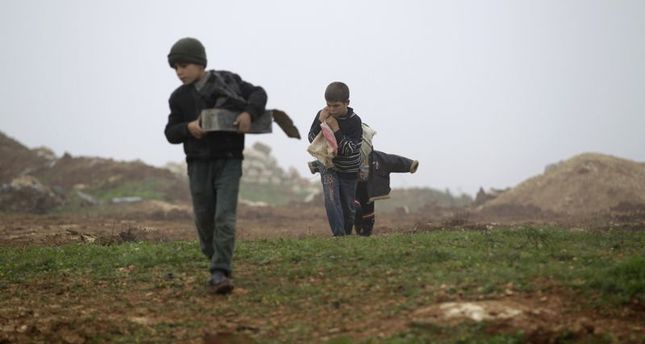 by Dec 22, 2014 12:00 am
The Syrian government has approved the delivery of medicine and surgical supplies to three areas of the country aid workers were previously unable to reach regularly, including opposition-held Aleppo, the World Health Organization said on Monday.

Elizabeth Hoff, the WHO's Syria representative, told Reuters the areas freed for access are Aleppo, the besieged Damascus district of Mouadamiya, and Eastern Ghouta, outside the capital.

Security constraints from the civil war have been the biggest impediment to aid deliveries, Hoff said.

But all sides of the conflict have also prevented medicine from crossing front lines fearing it could be used to help wounded enemy fighters, depriving civilians from life-saving medical assistance.

"We have had some constraints in the past with delivering surgical supplies, syringes, but the situation is much better at the moment," she said.

The United Nations says 4.7 million Syrians live in areas that are hard to reach, including at least 241,000 people who remain besieged by either government or opposition forces.

"We have actually got promises to deliver to Aleppo and the hard to reach areas around Aleppo. This will happen this week. And next week we have deliveries for Mouadamiya, which has been besieged for a long time," she aid.

"We also promised to deliver vaccines for regular vaccination programmes to Eastern Ghouta which has been closed for a long time. These are the prospects for the next two weeks and approved by the government."

Syrian activists in these areas say disease is spreading due to poor sanitary conditions and government siege, blocking aid.

A plunge in vaccination rates from 90 percent before the war to 52 percent this year and contaminated water have allowed disease to take hold.

More than 200,000 people have been killed in Syria's conflict, which began in March 2011 with popular protests against President Bashar al-Assad and spiralled into civil war after a crackdown by security forces.