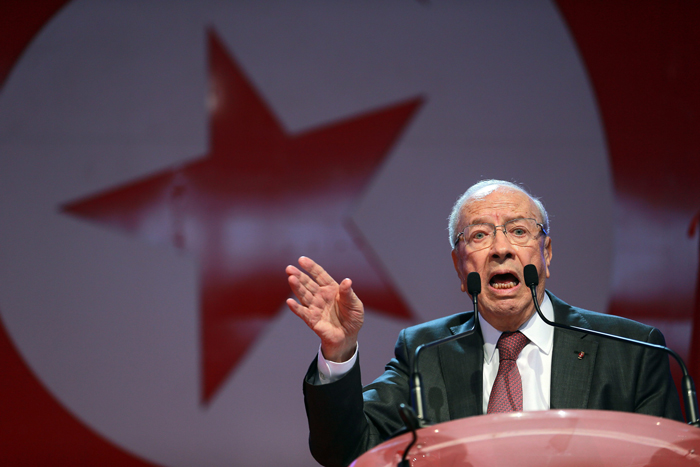 by Daily Sabah Dec 23, 2014 12:00 am
After counting most votes in Tunisia's presidential election, leader of the Nidaa Tounes Party Beji Caid Essebsi, an 88-year-old official from previous regimes, claimed his victory against his opponent Moncef Marzouki. With 75 percent of votes counted, Essebsi won 54.5 percent of votes, while his contender, caretaker President Moncef Marzouki, clinched 45.5 percent according to unofficial results. Official results will be released on next Monday. Tunisians voted in parliamentary elections last month with the secular-wing party Nidaa Tounes winning the elections after gaining 85 seats in parliament while the Islamist Ennahda Party gained 69 seats.

Tunisia has largely distanced itself from the religious and sectarian chaos of the region that affected Yemen, Libya, Iraq and Syria. Also, the country has not shared the same fate with Egypt where the army ousted the first democratically elected president, Mohammed Morsi. Despite the tension near the Libyan border due to the al-Qaida-inspired Salafi militants and assassination of prominent opposition figures last year, the country has remained on the route of democracy. Tunisia also appeared as the only Arab country where power is shared among Islamists and seculars after the ruling Ennahda party accepted allying with seculars through adopting an unprecedented constitution last year. Therefore, political scientists and regional experts have been favoring Tunisia as a role-model for other Arab countries who have dragged into chaos either under dictatorial rules or under the influence of extremist groups.