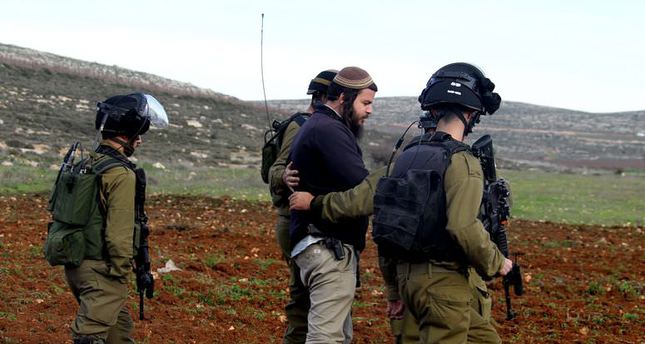 by Associated Press Jan 02, 2015 12:00 am
Jewish settlers attacked American consular officials Friday during a visit the officials made to the West Bank as part of an investigation into claims of damage to Palestinian agricultural property, Israeli police and Palestinian witnesses say.

The incident is likely to further chill relations between Israel and the United States, already tense over American criticisms of Israeli settlement construction in the West Bank and east Jerusalem, and Israeli perceptions that President Barack Obama is only lukewarm in his support of Israeli diplomatic and security policies.

Settlers have often spoken against what they call foreign interference in their affairs, but this is the first known physical attack against diplomatic personnel.

Police spokesman Micky Rosenfeld said that a small number of settlers threw rocks at officials who had come to an area near the Jewish settlement outpost of Adi Ad in two consular vehicles to look into Palestinian claims that settlers uprooted scores of Palestinian olive trees the day before.

He said that after the rock barrage began, the vehicles left the area, adding that police had opened an inquiry following the filing of an official complaint.

Another police official, spokeswoman Luba Samri, said that the American security personnel did not use their weapons during the attack.

"There were six security guards from the consulate riding in two cars," Abu Samra said. "When they got out of the cars they were attacked by young settlers from the outpost who were carrying clubs and axes. They struck the cars with clubs but the security guards did not respond with their weapons."

Abu Samra said that after the attack began the American security guards returned to their vehicles and drove away, explaining that they were under strict instructions not to engage the settlers in any way. He said that the planned visit of the additional officials from the consulate was called off after the incident.

Abu Samra said that last spring he and his family planted some 10,000 olive tree saplings on land the family owns in the village, but that since then, settlers have uprooted most of them.

Peter Galus, a spokesman at the U.S. Consulate General in Jerusalem, confirmed that American consular personnel were pelted by rocks thrown by settlers. He denied reports in some Israeli media outlets that the Americans had deployed and aimed their weapons at the stone throwers, adding that the United States was cooperating with Israel in investigating the incident.

"The U.S. government follows economic and political issues in the West Bank very closely," Rathke said. "We are working with Israeli authorities in their investigation of the incident, including by offering to provide video footage taken during the incident. We take the safety and security of U.S. personnel very seriously. The Israeli authorities have also communicated to us that they acknowledge the seriousness of the incident and are looking to apprehend and take appropriate action against those responsible."

The United States is by far Israel's most important foreign ally, providing the country with some $3 billion in annual aid and supporting its positions in international forums, despite frequent criticism.

Washington has long opposed Israeli settlement construction and maintains teams at diplomatic facilities in Israel that regularly monitor the settlements and their growth.