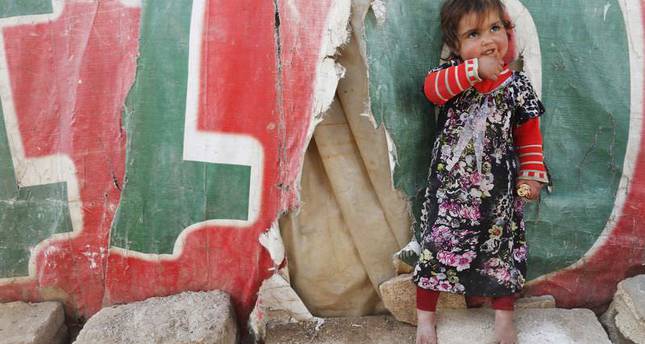 Lebanon is to impose visa restrictions on Syrians for the first time after being overwhelmed by an influx of more than 1.1 million refugees, according to documents published online.

The new regulations, posted on the website of the General Security agency, come into effect on January 5 and lay out various categories, including for tourism and medical treatment.

This is the first time that Lebanon has required Syrians to apply for visas.

Citizens of both countries have been able to travel freely across their shared border since Lebanon gained independence in 1943.

The new rule is the latest in a series of measures taken by Lebanon to stem the influx of Syrians fleeing their country's brutal civil war.

A security source, speaking to AFP on condition of anonymity, declined to describe the new requirements as visas, but acknowledged they were unprecedented.

"This is the first time these kinds of instructions have been given," he said.

"The goal is to bring the security and economic situation under control and to monitor the presence of Syrians on Lebanese soil."

Derbas confirmed that the rules were a first.

"This is the first time in the history of the two countries that Syrians have been required to define the purpose of their visit," he told AFP.

"The goal is to prevent (Syrians) from taking refuge" in Lebanon, and "to more seriously regulate the entry of Syrians", he added.

He said the visas would be available at the border, but that Syrians already in Lebanon and registered with the UN refugee agency UNHCR would not be required to apply.

The many thousands of Syrians in the country who are not registered with the UN, among them wealthy individuals who have not sought aid, will have to apply for visas when their current residencies expire, Derbas said.

A UNHCR spokesman said the agency was still studying the new rules and had no immediate comment.

But aid groups have long warned that Lebanon, with a population of just four million people, has been overwhelmed by the influx of Syrian refugees.

The document published online lists categories including tourist visas, which require applicants to provide evidence of a hotel reservation and $1,000, as well as a valid passport or ID card.

Other visas are available for business visits, medical treatment and schooling, as well as transit visas for onward travel.

Visas are also available for those who own property in Lebanon or are seeking to enter to apply for visas at foreign embassies in Beirut.

More than 200,000 people have been killed in Syria's conflict, which began in March 2011 and has displaced around half the country's population.