Iraqi Kurds to send third batch of peshmergas to Kobani 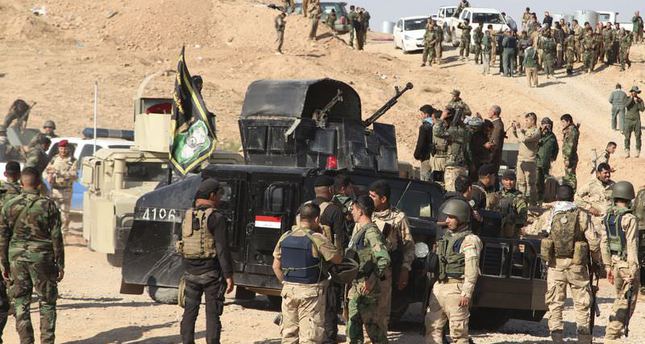 by Daily Sabah with AA Jan 05, 2015 12:00 am
Iraq's Kurdistan Regional Government (KRG) will send a new batch of Iraqi Kurdish peshmerga fighters to battle ISIS in the Syrian town of Kobani, a Kurdish official said on Monday.

The new battalion, which would be the third batch of peshmerga sent since October 2014, is expected to be deployed soon.

"Our peshmerga fighters in Kobani are tired," said Cabbar Yaver, secretary general of the Ministry of Peshmerga Affairs at Iraq's KRG. "We will send the third round of troops consisting of 156 new fighters."

"The third group of troops will travel to Kobani through Turkey," Yaver added.

Turkey had allowed the passage of the first peshmerga forces, including 150 KRG fighters, to enter Kobani through its border on Oct. 29 to fight alongside Kurdish groups battling the Islamic State of Iraq and al-Sham (ISIS) in accordance with the Oct. 2 troop mandate to show Ankara's continued efforts to assist in putting an end to ISIS's siege of Kobani.

Most of the fighters battling ISIS in Kobani are members of the People's Protection Units (YPG) – the armed wing of the PKK's Syrian affiliate Democratic Union Party (PYD). For that reason, Turkey has some reservations about the U.S., which has taken the PYD off of its terrorist list, resupplying the YPG in Syria.

Ankara has been strongly against supporting what it sees as a terrorist organization, given that the weapons provided to the organization could, under certain circumstances, be used later against Turkey. Assessing the risk, Ankara began seeking alternative ways to contribute to the anti-ISIS coalition such as proposing that the U.S. administration officially support recognized armies like the peshmerga and the Free Syrian Army (FSA) instead of the YPG.

Turkey, the U.S. and the EU consider the PKK as a terrorist organization. It took up arms against the Turkish state in the 1980s in order to carve out an independent Kurdistan in southeastern Turkey. Ankara does not differentiate between the Syrian Kurdish PYD, the YPG or PKK, and considers the PYD to be a terrorist organization as well.