Iran eclipses US as Iraq’s ally in fight against militants 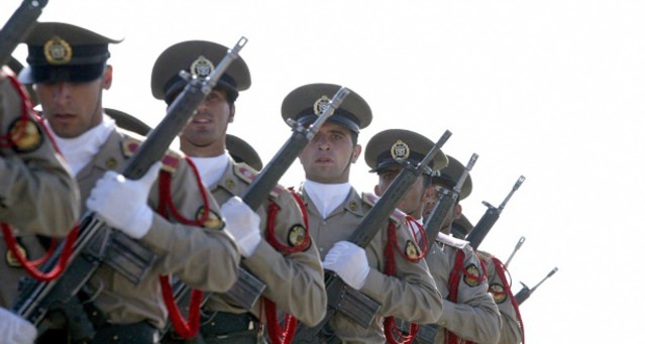 Compared to the U.S., Iran is more involved in the battle against ISIS with the aim of eradicating the group from Iraq and increasing its political influence in the country

Most citizens of Iraq don't see the U.S. as their country's best ally in the war against the Islamic State of Iraq and al-Sham (ISIS) despite the coalition air campaign against the militants. It's Iran that is credited with stopping the extremists' march on Baghdad. Shiite, non-Arab Iran has taken charge of Iraq's defense against the group, meeting the Iraqi government's need for immediate help on the ground. Two to three Iranian military aircraft a day land at Baghdad Airport, bringing in weapons and ammunition.

Iran's most potent military force and best known general, the Revolutionary Guard's elite Quds Force and its commander General Ghasem Soleimani, are organizing Iraqi forces and have become the de facto leaders of Iraqi Shiite militias that are the backbone of the fight. Iran carried out airstrikes to help push militants from an Iraqi province on its border. The result is that Tehran's influence in Iraq, already high since U.S. forces left at the end of 2011, has grown to an unprecedented level.

Airstrikes by the U.S.-led coalition have helped push back the militants in parts of the north, including breaking a siege of a Shiite town. But many Iraqis believe the Americans mainly want to help the Kurds. Airstrikes helped Kurdish forces stop extremists threatening the capital of the Kurdish autonomous zone, Irbil, in August. But even that feat is accorded by many Iraqis to a timely airlift of Iranian arms to the Kurds.

The meltdown of Iraq's military in the face of the extremists' summer blitz across much of northern and western Iraq gave Iran the opportunity to step in. A flood of Shiite volunteers joined the fight to fill the void, bolstering the ranks of Shiite militias already allied with Iran. Those militias have now been more or less integrated into Iraq's official security apparatus, an Iraqi government official said, calling this the ISIS group's "biggest gift" to Tehran.

"Iran's hold on Iraq grows tighter and faster every day," he said, speaking on condition of anonymity because he was not authorized to discuss the sensitive subject.

Over the past year, Iran sold Iraq nearly $10 billion worth of weapons and hardware, mostly weapons for urban warfare like assault rifles, heavy machine-guns and rocket launchers, he said. The daily stream of Iranian cargo planes bringing weapons to Baghdad was confirmed at a news conference by a former Shiite militia leader, Jamal Jaafar.

Better known by his alias Abu Mahdi al-Mohandis, Jaafar is second in command of the recently created state agency in charge of volunteer fighters. Some Sunnis are clearly worried. Sunni lawmaker Mohammed al-Karbuly said the United States must increase its support of Iraq against the extremists in order to reduce Iran's influence. "Iran now dominates Iraq," he said.

Equally key to Iran's growing influence has been a persistent suspicion of Washington's intentions, particularly among Shiite militiamen. Hadi al-Amiri, a prominent Shiite politician close to Iran and leader of the powerful Badr militia, complained in a recent television interview that Iraq was a victim of decades of "wrong" U.S. policies in the Middle East. He charged that the precursors of the region's Sunni extremists had in the past enjoyed U.S. patronage. "We fear that the objective of the U.S.-led coalition is to contain ISIS, rather than exterminate it," he said.

Speaking this week at a memorial service in Iran for a Revolutionary Guard officer gunned down by an ISIS sniper, al-Amiri expressed amusement that Iraqi Shiite Prime Minister Haider al-Abadi's three-month-old administration would have been a "government-in-exile" if not for Iran's swift help to protect Baghdad, according to Iran's Fars news agency.

The praise does not just come from Shiite politicians. During a trip to Tehran last week, Iraq's Sunni defense minister, Khaled al-Obeidi, said Iran's help against the militants is a "strategic necessity" for Iraq. U.S. Ambassador to Iraq Stuart Jones acknowledged to The Associated Press that Iran plays an important role in fighting the ISIS group. He made clear there was no interaction between the U.S. and Iranian operations.

U.S. Army General Martin Dempsey, chairman of the Joint Chiefs of Staff, said Iraqi leaders have kept the U.S. informed about Iranian activities against ISIS and that Washington is watching the relationship carefully. He said if the two countries grow closer economically or politically, "as long as the Iraqi government remains committed to inclusivity of all the various groups inside the country, then I think Iranian influence will be positive."

But Ali Khedery, a top U.S. official in Iraq from 2003 until 2009, warned that Iranian influence will be "strategically catastrophic." "It further consolidates Iran's grip over the Levant and Iraq," said Khedery, who resigned in protest over U.S. failure to thwart Iranian influence. Iran's sphere of influence extends to neighboring Syria, where it has stood by President Bashar Assad's regime against the mostly Sunni opposition, and to Lebanon, where its main proxy, Hezbollah, is that nation's most powerful group. Also, the Shiite Houthi rebels' takeover of parts of Yemen in recent months has raised concerns of Iranian influence there.

The signs of Iran's weight in Iraq are many. The prime minister, the Sunni parliament speaker and other top politicians have visited Tehran. Most senior Iraqi Sunni politicians have stopped publicly criticizing Iran and vilifying Shiite politicians for close ties to Tehran. On billboards around Baghdad, death notices of Iraqi militiamen killed in battle are emblazoned with images of Iran's late spiritual leader Ayatollah Ruhollah Khomeini, and his successor, Ayatollah Ali Khamenei. Last month, an unprecedented number of Iranians, estimated at up to 4 million, crossed into Iraq to visit a revered Shiite shrine south of Baghdad for a major holy day. Visa charges for the Iranians have been waived.

The two countries keep their military cooperation relatively quiet in public. Iran occasionally publicizes the death in battle of one of its senior officers in Iraq or speaks of its "advisory" military role. Iraq's state media don't mention Iranian military involvement. Paradoxically, they do publicize airstrikes by the U.S.-led coalition or the arrival of American advisers.

Soleimani, the Iranian general, has spent much of the past seven months on Iraq's front lines, leading militias and coordinating tactics with government forces. A fluent Arabic speaker, the 58-year-old has reportedly been nicknamed the "living martyr" by Iran's Khamenei. A senior Shiite Iraqi militiaman who recently met him said he was impressed by his mix of piety and courage. He said he saw the Iranian general at a forward position in Baghdad's western outskirts, discussing coordinates in Farsi with the gunner of an Iraqi army U.S.-made Abrams tank. The gunner was a member of the Revolutionary Guard, the militiaman said.