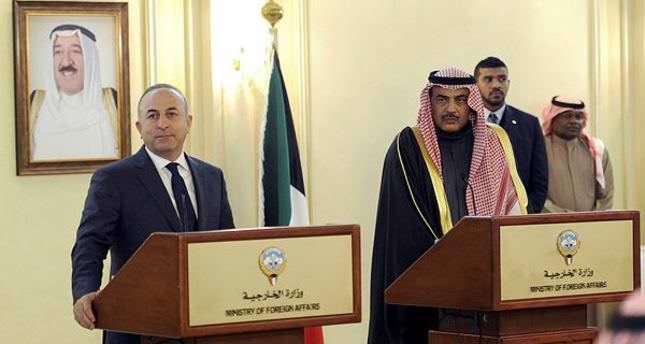 by Anadolu Agency Jan 20, 2015 12:00 am
Turkey and Qatar have agreed to establish a joint cooperation committee called the High-level Strategic Cooperation Council to enhance bilateral ties, it was announced in the Qatari capital Doha on Monday.

Addressing a press conference after their official meeting, Cavusoglu said "during the meeting with Foreign Minister Khalid we decided to establish a joint committee."

The delegations from both sides will meet in March. In April, another meeting will be organized at the foreign ministers' level, he added.

Turkey has so far established such cooperation councils with 18 other countries. Georgia will be the 19th country to join the council.

Cavusoglu also commented on the bilateral trade and economic cooperation between the countries.

"The bilateral trade volume is not at the level we wish," he said, "Turkish companies have undertaken important projects, but Qatar also has its goals for the World Cup (in 2022)."