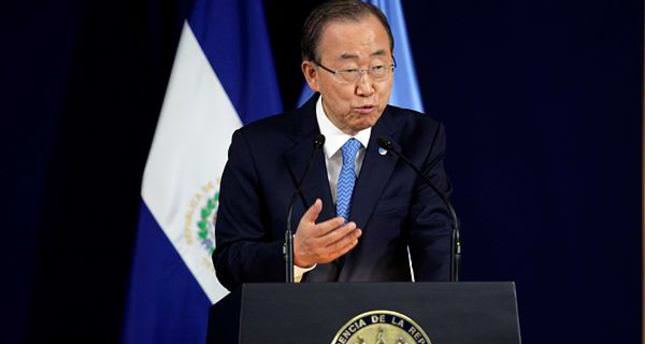 by Jan 20, 2015 12:00 am
The UN Security Council on Tuesday condemned an attack by Huthi rebels on Yemen's presidential palace and voiced strong support for President Abdrabuh Mansur Hadi.

In a statement adopted by the 15 members, the council said Hadi "is the legitimate authority" and that "all parties and political actors in Yemen must stand with President Hadi, Prime Minister (Khalid) Bahah, and Yemen's cabinet to keep the country on track to stability and security."

The Shiite militia fighters known as the Huthis earlier attacked the presidential complex and Hadi's residence in an apparent bid to overthrow the embattled government.

Hadi's government has been a key ally of the United States, allowing Washington to carry out repeated drone attacks on Al-Qaeda militants in its territory.

The council called for a full ceasefire and a return to dialogue to resolve differences, but there was no threat of sanctions.

Benomar told the council that the Huthi fighters had launched a "massive attack using heavy weapons" on the palace, a diplomat present at the closed meeting said.

The Moroccan diplomat has been leading negotiations on forming a unity government in Yemen but faces resistance from the Huthis, who have tightened their control over Sanaa since they overran the capital in September.