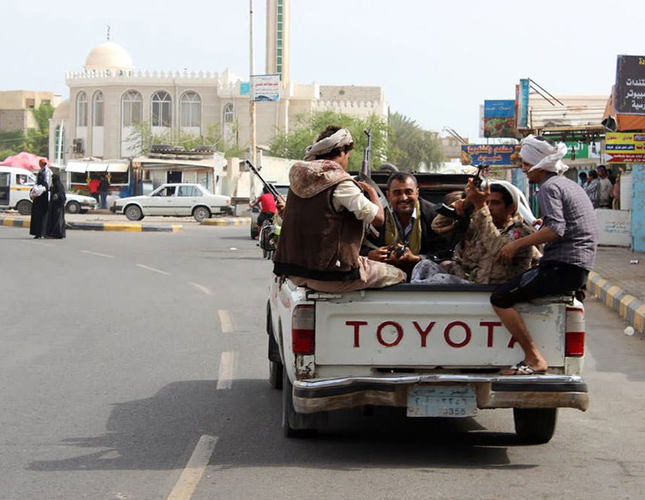 The move came moments after Hadi received the resignation of Prime Minister Khaled Bahah and his government.

A government source said Bahah's resignation had been prompted by "interference" by the Shiite Houthi group and the latter's "non-abidance by agreements with the presidency and refusal to vacate the presidential sites it has occupied over the past two days."

The resignations came one day after the government failed to hold its weekly meeting because Houthi militants had taken over all main government offices.

Bahah himself was only allowed to leave the presidential palace in Sana'a on Tuesday after being held by Houthi militants for three days.

Sana'a has been rocked by deadly clashes over the past few days between Houthi militants and presidential guard units near the presidential palace in Sana'a amid an apparent push by the former to consolidate their control over the fractious country.

On Wednesday, Yemen's presidency said the Houthis had vowed to vacate the presidential palace, dismantle checkpoints set up in Sana'a, and free a presidential aide detained earlier.

The Houthis seized Sana'a last September and have since moved to extend their control to other provinces.

Yemen has remained in a state of relative lawlessness since a popular uprising that erupted in 2011 forced autocratic President Ali Abdullah Saleh to step down one year later.