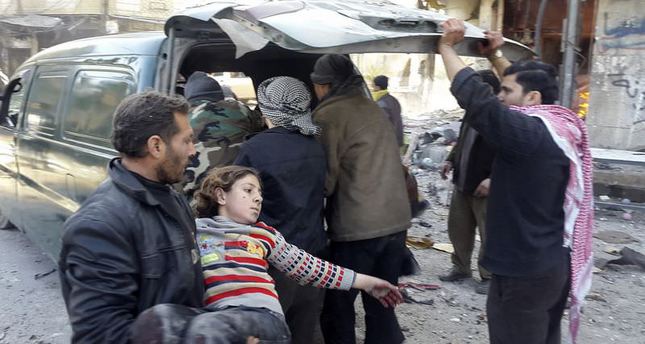 by Anadolu Agency Jan 23, 2015 12:00 am
At least 35 civilians were killed Friday in Syrian regime airstrikes in Damascus, according to a statement made by the opposition.

Syrian regime air forces attacked civilians after Friday prayer in the village of Hamoriya located in the countryside of Damascus, the Local Coordination Committees of Syria said.

"Medical teams collected the shredded corpse parts and ambulances took the injured to hospitals. Many homes were destroyed in the attack and some others were on fire," Mahir Hamouri a local activist said.

The Syrian civil war has resulted in the death of 350,000 people and displaced almost half of the country's population.
Last Update: Jan 23, 2015 8:03 pm
RELATED TOPICS