US, Iraq prepare offensive against ISIS to retake Mosul 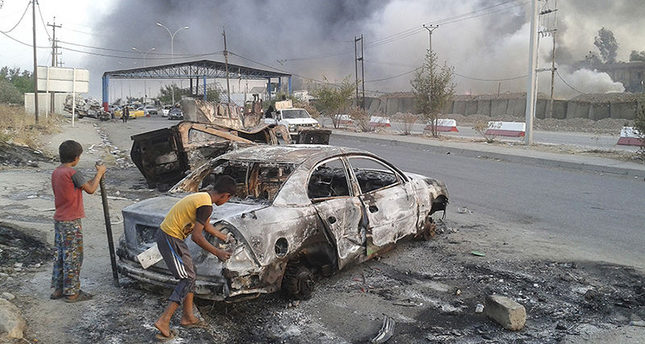 by Jan 23, 2015 12:00 am
The United States and Iraq are preparing to retake Iraq's second-largest city Mosul from the self-proclaimed Islamic State (ISIS) group by this summer, The Wall Street Journal reported on Thursday.

A group of Kurdish fighters and other Western-trained forces should be ready to launch the offensive by the spring or summer, the head of the US military's Central Command General Lloyd Austin told the Journal.

"If we did things alone or with some of the other allies on the ground, it could move faster," he told the newspaper. "But the Iraqis have to do this themselves."

The general said he had not decided whether to recommend that US forces accompany Iraqis on the offensive.

The US air strikes have recently focused on putting pressure on ISIS-held Mosul. Kurdish peshmerga forces have also launched successful offensives against ISIS-held roads near Mosul, which is in the north of the country.

The city once held well over a million people but now is likely a fraction of that size.

The general told the newspaper that the international coalition fighting ISIS has made significant headway in its battle to roll back the group's control over large swaths of the country.

The Iraqi government recently asked for more weapons to help its military that partially collapsed in early stages of the fight against ISIS.
Last Update: Jan 23, 2015 9:43 am
RELATED TOPICS