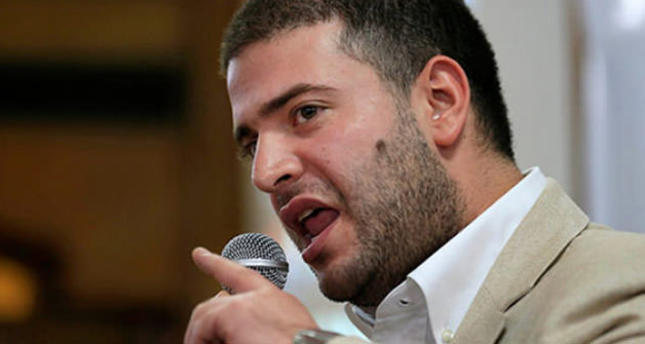 On the fourth anniversary of the 2011 Egyptian revolution, everything seems to be different than envisioned. Egypt’s corrupt, former President Hosni Mubarak is out of prison, however, the country’s first democratically-elected president, Mohammed Morsi, remains behind bars

More than 20 people were killed and 97 injured at protests around Egypt on the fourth anniversary of the country's 2011 revolution. It was a reminder of the military crackdown on Morsi supporters in the summer of 2013, which has resulted in thousands of deaths and arrests. At the same time, the two sons of former President Hosni Mubarak were released from jail on Monday just one day after the fourth anniversary of the revolution.

On the other hand, the son and lawyer of ousted President Mohammed Morsi, Osama Morsi still fights for both his country and his father's freedom. Speaking to Daily Sabah, Osama Morsi said since the first day of the revolution until today they have been fighting against Mubarak's men.

"The revolution that started on Jan. 25, 2011, has actually never stopped. We are still continuing to fight for freedom and against dictatorship. As the world can see, still today people are in the street are being killed again and again. More than 20 Egyptians were killed in the street on Sunday during the protests against the military-backed government. This revolution will continue toward our goal, which is to bring dignity to our people and have a free country. That is what we are trying to reach since Jan. 25, 2011."

Osama Morsi attends trials as his father's lawyer, said that the motivation among political prisoners has not changed. Mohammed Morsi and his friends still preserve the same ideals and beliefs since the revolution.

"I get to see my father at every trial since I am his lawyer. I meet him in court. However I cannot see him in prison or personally talk to him. Mohammed Morsi's opinions about the revolution or the future of the Egyptian people have not changed a bit. There is no new development about my father's situation or there is no good news from him."

Speaking to Daily Sabah Osama Morsi said Turkey always speaks out for the good of Egyptians. Osama Morsi also criticized Western countries for their reactions to the developments in the country. He said the West always acts for its own interests.

"From the first day of the revolution or during my father's presidential term we never depended on the West. We have only depended on our people and ourselves. The United States and other administrations in the West are only working for their own interests and their own good."

He said that they will continue to fight for the freedom the country deserves even though some governments try to block their effort.

"I want to tell people around the world about the Egyptian revolution. Your governments work with dictatorship and do not work with the Egyptian people. Your brothers in Egypt are being killed in cold blood. This is inhuman. Egypt could have very good relations with every nation all around the world, but these governments are trying to corrupt our relationship with the world."

The first democratically elected president in Egypt, Mohammed Morsi, was ousted on July 3, 2013, and has stayed in prison since then. He is facing a number of charges that include inciting murder and conspiring with foreign groups to destabilize the country. In a written statement from prison, Morsi said that he had turned down and will continue to reject "all the attempts to negotiate a compromise at the expense of the revolution." More than 20,000 people have been arrested in Egypt since the military crackdown.