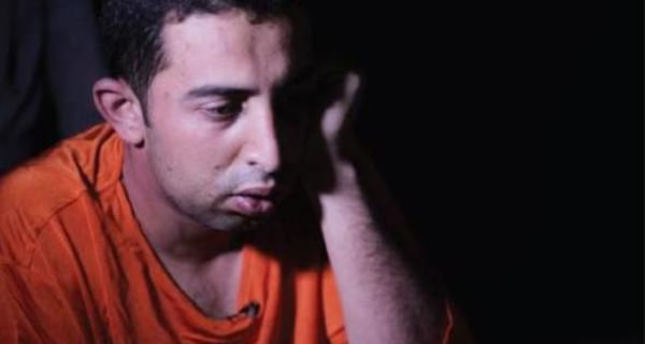 by Jan 29, 2015 12:00 am
Jordan demanded proof Thursday that a pilot threatened with execution by the ISIS group was alive, as a deadline set by the terrorist group to free a female militant expired.

ISIS had vowed to kill airman Maaz al-Kassasbeh unless Iraqi militant Sajida al-Rishawi was handed over at the Turkish border in return for Japanese journalist Kenji Goto.

The extremist group had set a deadline of sunset Thursday for the exchange, but there was no news of the hostages after night fell over parts of Iraq and Syria where ISIS is based.

Jordan said it was still waiting for evidence that the airman is alive and well.

"At this point we want to emphasize that we have asked for proof of life from Daesh (ISIS) and we have not received anything yet," Jordanian government spokesman Mohammad al-Momani said.

"Rishawi is still in Jordan and the exchange will happen once we receive the proof of life that we asked for," he told reporters.He made no mention of Goto.

Jordan has said its priority is to see the airman return home safely.

Amman has offered to free the Iraqi woman, who was convicted for her part in triple-hotel bombings in the Jordanian capital in 2005 that killed 60 people, if ISIS releases their airman.

While ISIS threatened Kassasbeh's life, it was not clear from its latest message if the militant group was ready to free the pilot as part of an exchange.

At the Turkish border post of Akcakale, which faces the ISIS-held Syrian town of Tel Abyad, dozens of journalists including some Japanese were waiting for a possible swap.

"Until now we have not received any indication that (Kassasbeh) is still alive," the pilot's father Safi Kassasbeh told AFP.

"The government has not told us anything about negotiations and I do not think they are taking the situation seriously. There is nothing we can do. We can only wait for the mercy of God and then Daesh (ISIS)," he said.

Kassasbeh was captured on December 24 after his F-16 jet crashed while on a mission against the militants over northern Syria.

Jordan is under heavy pressure at home and from Japan -- a major aid donor -- to save Kassasbeh as well as Goto.

Safi has begged the government to save his son "at any price".

Japan, which plays no military part in the fight against militants, was thrust onto the front line last week when a video appeared in which Goto and Haruna Yukawa, a self-described contractor, were seen kneeling in the desert.

A masked knife-wielding militant said Tokyo had 72 hours to pay a $200 million ransom if it wanted to spare their lives.

When that deadline expired, new pictures appeared to show Yukawa had been beheaded, and a voice identifying itself as Goto demanded the release of Rishawi.

Japan has appealed for Amman's help, aware that Jordan holds the key to Goto's safety, but also knowing that intense domestic pressure means the Jordanians must prioritise Kassasbeh.

Jordanians have taken to social media to offer messages of support for the pilot, with some writing that his life was "more important" than that of the "terrorist" Rishawi.

After conflicting reports on Wednesday about the status of the possible swap, Jordan arrested two managers of a website for spreading rumours that Rishawi had already been released.

The owner of the Saraya News site, Hashim al-Khalidi, and editor-in-chief Seif Obeidat could face up to 15 years in prison if convicted.

The Japanese public has rallied around Goto, a respected war reporter and humanitarian. Though they largely support Prime Minister Shinzo
Abe's handling of the crisis, that may change if the journalist does not come home alive.

Goto's mother, Junko Ishido, was at Japan's parliament Wednesday in a failed bid to meet Abe. After being refused an appointment, she issued a plea for her son's life through assembled media.

"Prime Minister Shinzo Abe," Ishido said. "Please continue your utmost efforts in negotiating with the Jordanian government until the last minute. There is not much time left."
Last Update: Jan 29, 2015 6:24 pm
RELATED TOPICS