‘Bottlegate’ adds another one to Netanyahu’s many troubles 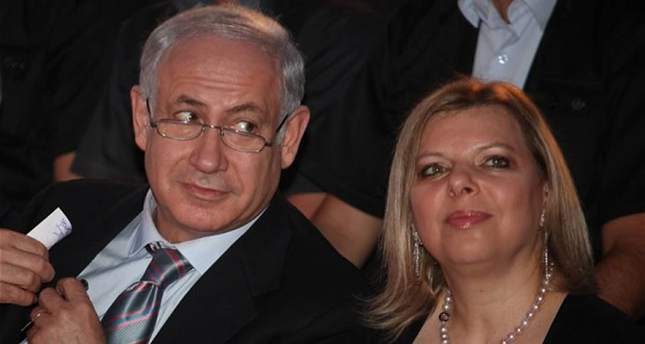 by Sinan Öztürk Feb 01, 2015 12:00 am
Sara Netanyahu, Israel's Prime Minister Benjamin Netanyahu's wife, has been accused by Israeli media outlets of pocketing thousands of US dollars' worth of public funds through bottle deposits.

Israeli media, led by left-wing daily Haaretz which is credited for its solid, high-level reporting by Israeli Ministry of Foreign Affairs, were quick to cover the issue ahead of the elections that will take place on March 17.

The Israeli daily had reported that Sara Netanyahu had pocketed bottle deposits worth 6,000 shekels ($1,500) per year, according to a former employee of the Prime Minister's residence.

Netanyahu couple later returned 4,000 shekels ($1,000) to the Treasury by check, but the amount is far less than the amount presumed pocketed, Haaretz said.

Benjamin Netanyahu earlier dismissed the allegations as "false accusations against me and my wife that seek to topple the Likud and bring the left to power," in a Facebook post.