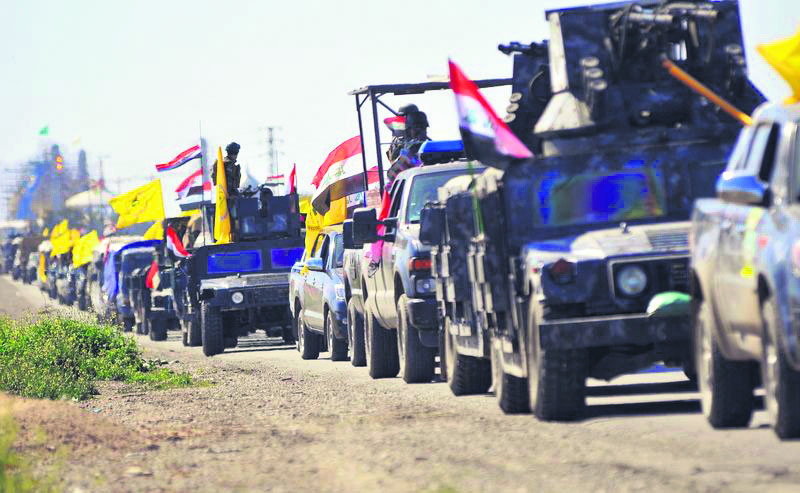 Iraq's armed forces, backed by Shiite militia, attacked Islamic State of Iraq and al-Sham (ISIS) strongholds north of Baghdad on Monday at the start of a campaign aimed at driving them out of the mainly Sunni Muslim province of Salahuddin. The offensive is the biggest military operation in the province since the militants seized swaths of north Iraq last June and advanced towards the capital Baghdad. Prime Minister Haider al-Abadi declared the start of the Salahuddin operations on Sunday during a visit to the government-held city of Samarra, where some of the thousands of troops and Shiite militia had gathered for the offensive. Haider al-Abadi, speaking from Samarra, the other main city in the province of Salaheddin, appeared to be addressing fears of reprisals against the Tikrit area's Sunni population. "The priority we gave to the armed forces and all the forces taking part alongside them is to preserve the security of citizens," he told reporters. On social media, he called "for utmost care in protecting civilian lives and property." He also stressed that the army and militia must protect civilians and property in the battlefield. Shi'ite militia have been accused of mass executions and burning of homes in areas they have seized from ISIS.

The pace of their progress in Salahuddin could affect plans to recapture Mosul further north. A U.S. official said the assault on Mosul, the largest city under ISIS control, could start as early as April but Iraqi officials have declined to confirm that timetable. In Salahuddin, ISIS militants control several strongholds including Tikrit, hometown of executed former president Saddam Hussein and other Tigris river towns. A source at the local military command said forces advanced north from Samarra towards the town of al-Dour, which officials describe as an ISIS bastion, and Tikrit, which lies about 40 km (25 miles) north of Samarra.

Iraq's air force was carrying out strikes in support of the advancing ground forces, which were being reinforced by troops and militia, known as Hashid Shaabi, or Popular Mobilisation units, from the neighboring province of Diyala to the east.
Last Update: Mar 02, 2015 10:34 pm
RELATED TOPICS