How Islamic is ISIS? Not very, say experts 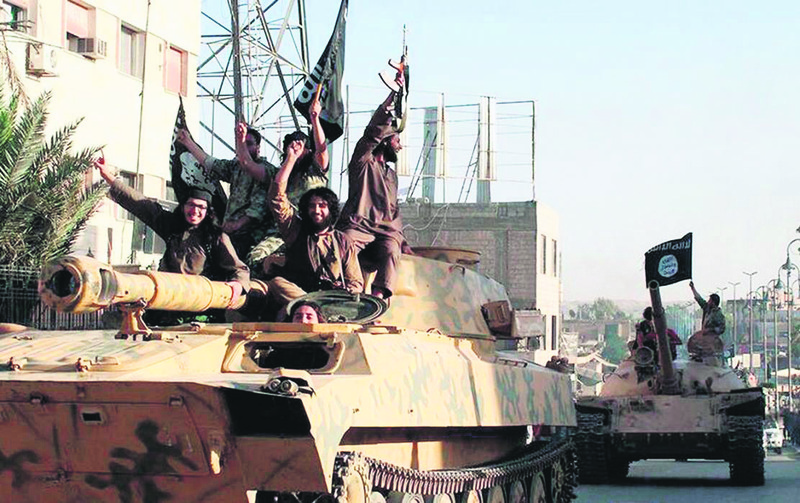 ISIS militants have taken control over large areas of Iraq and Syria.
by Associated Press Mar 03, 2015 12:00 am

ISIS, which has ravaged large swathes of Syria and Iraq and aims to expand its influence in several parts of the Muslim world, introduces itself as practicing true Islam but Islamic scholars disagree with the group

An estimated 20,000 have streamed into the territory in Iraq and Syria where Islamic State of Iraq and al-Sham (ISIS) has proclaimed what it calls a "caliphate" ruled by its often brutal version of Islamic law. But how rooted in Islam is the ideology embraced by this group that has inspired so many to fight and die?

The group itself has assumed the mantle of Islam's earliest years, purporting to recreate the conquests and rule of the Prophet Muhammad and his successors. But in reality its ideology is a virulent vision all its own, one that its adherents have created by plucking selections from centuries of traditions. The vast majority of Muslim clerics say the group cherry picks what it wants from Islam's holy book, the Quran, and from accounts of Prophet Muhammad's actions and sayings, known as the Hadith. It then misinterprets many of these, while ignoring everything in the texts that contradicts those hand-picked selections, these experts say. The group's claim to adhere to the prophecy and example of Prophet Muhammad helps explain its appeal among young Muslim radicals eager to join its ranks.

It maintains its worst brutalities, beheading captives, taking women and girls as sex slaves and burning to death a captured Jordanian pilot, only prove its purity in following what it contends is the prophet's example, a claim that appalls the majority of the world's 1.6 billion Muslims. Writings by the group's clerics and ideologues and its English-language online magazine, Dabiq, are full of citations from Quranic verses, the Hadith and centuries of interpreters, mostly hard-liners. But these are often taken far out of context, said Joas Wagemakers, an assistant professor of Islamic Studies at Radboud University Nijmegen in the Netherlands. It would be a mistake to conclude ISIS's extremism is the "true Islam" that emerges from the Quran and Hadith, he added.

Despite its claim to the contrary, ISIS is largely political, borne out of the conflicts in Syria and Iraq, said Khaled Abou El Fadl, an Islamic law scholar at the University of California, Los Angeles. The group, he said, is trying to make God "a co-conspirator in a genocidal project." Ahmed al-Dawoody, an assistant professor at the Institute for Islamic World Studies at Zayed University in Dubai, agreed. The phenomenon of reading religious sources out of context "has existed throughout the ages," he said. "We should not grant any legitimacy to those who violate Islam, then hijack it and speak on its behalf."

ISIS not only misreads the texts it cites, most clerics say, it also ignores Quranic verses and a long body of clerical scholarship requiring mercy, preservation of life and protection of innocents, and setting out rules of war, all of which are binding under Islamic Shariah law. Many mainstream clerics compare the group to the Khawarij, an early sect that was so notorious for "takfir," or declaring other Muslims heretics for even simple sins, that it was rejected by the faith.

Part of the problem in countering the group's ideology is that moderate clerics have struggled to come up with a cohesive, modern interpretation, especially of the Quranic verses connected to Prophet Muhammad's wars with his enemies. Militants often point to the Quran's ninth sura, or chapter, which includes calls for Muslims to "fight polytheists wherever you find them" and to subdue Christians and Jews until they pay a tax. Moderate clerics counter that these verses are linked to specifics of the time and note other verses that say there is "no force in religion."

This turns the debate into one over who has the authority to determine the "correct" interpretation of Islam's holy texts. Since many of the most prominent clerics in the Middle East are part of state-run institutions, militant supporters dismiss them as compromised and accommodating autocratic rulers. ISIS's segregation of the sexes, imposition of the veil on women, destruction of shrines it considers heretical, hatred of Shiites and condoning of punishments like lashings or worse are accepted by clerics in U.S.-allied Saudi Arabia, who follow the ultraconservative Wahhabi interpretation of Islam. But ISIS goes further.

One ISIS cleric, Sheikh Hussein bin Mahmoud, wrote a vehement defense of beheadings after the killing of American journalist James Foley. "Those who pervert Islam are not those who cut off the heads of disbelievers and terrorize them," he wrote, "but those who want (Islam) to be like Mandela or Gandhi, with no killing, no fighting, no blood or striking necks. Islam is the religion of battle, of cutting heads, of shedding blood."

To support beheadings, the group cites the Quran as calling on Muslims to "strike the necks" of their enemies. But other clerics counter the verse means Muslim fighters should swiftly kill enemies in the heat of battle, and is not a call to execute captives. Moreover, ISIS ignores the next part of the verse, which says Muslims should set prisoners of war free as an act of charity or for ransom. ISIS "appears to have adopted violent ideas first, then searched books of religious interpretation to find a cover for their actions," said Sheikh Hamadah Nassar, a cleric in the ultraconservative Salafi movement.

In June, the militants declared a caliphate, or "khilafa" in Arabic, in the lands it controls in Iraq and Syria, with its leader Abu Bakr al-Baghdadi as the caliph, a declaration roundly ridiculed by Muslim clerics of all stripes. But here too, the group went further, saying that Islam requires the existence of a caliphate and anyone who refuses to recognize its declaration is not a true Muslim. "The hopes of khilafa became an undeniable reality," the group proclaimed in its online magazine, Dabiq. Any Muslim who refuses ISIS authority will be "dealt with by the decisive law of Allah." After that, the stream of IS recruits swelled by thousands.
Last Update: Mar 04, 2015 12:07 am
RELATED TOPICS