Israel halts use of dogs to pursue Palestinians 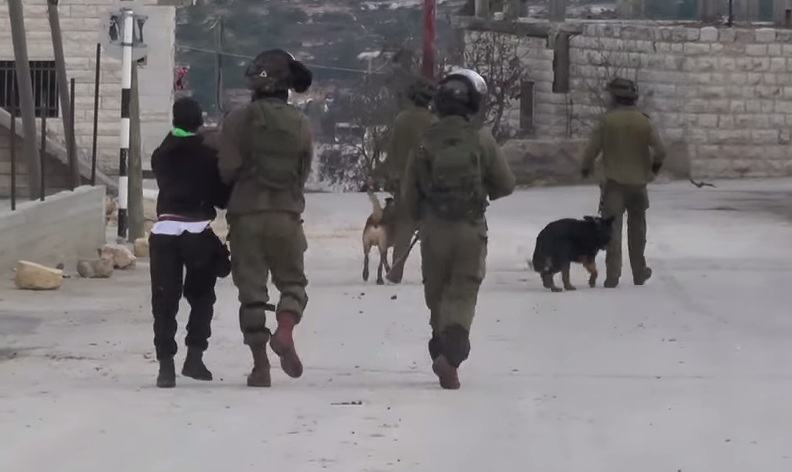 by Anadolu Agency Mar 06, 2015 12:00 am
The Israeli army said on Friday that it would suspend the practice of using police dogs to pursue Palestinians until soldiers underwent further training.

The decision came one week after a video went viral online showing two Israeli soldiers using a dog to terrorize a 16-year-old Palestinian boy before arresting him.

Israeli army spokesman Avichay Adraee said that investigations into the dog attack - which occurred recently in the southern West Bank - had been presented on Thursday to Nitzan Alon, officer commanding central command.

Israelis refer to the occupied West Bank as "Judea and Samaria."
"The use of dogs as instructed and under the required limitations of the mission can prevent potential harm to people's lives," Adraee quoted Yadai as saying.

"[Yadai] suspended the use of dogs until further studies on the professional standards of their use are conducted," the Israeli army spokesman added.

Israel occupied East Jerusalem and the West Bank during the 1967 Middle East War. International law sees both regions as "occupied territory" and considers Israeli construction of Jewish-only settlements on the land to be illegal.