Israeli minister Lieberman calls for the beheading of disloyal Arabs 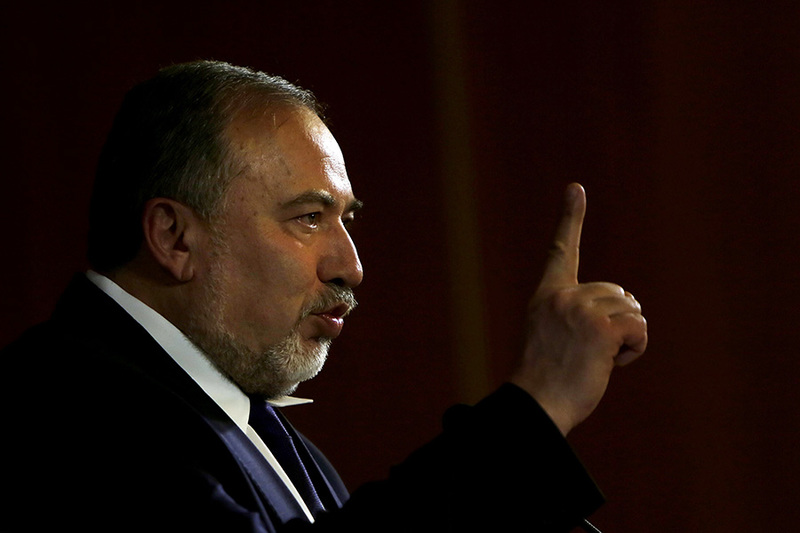 by Anadolu Agency Mar 09, 2015 12:00 am
Israeli Foreign Minister and the head of Yisrael Beiteinu Party Avigdor Lieberman lashed out at Israel's Arab citizens on Sunday, threatening to cut their heads off with an axe.

"Those who are with us deserve everything, but those who are against us deserve to have their heads chopped off with an axe," Lieberman said during an election rally in the western city of Herzliya.

He, meanwhile, added that there was no reason for Umm el-Fahm, an Arab city in northern Israel, to continue to be part of his country.

Israel took control of the city in 1949 in the light of the Armistice Agreement between Israel and Jordan. It is the third largest Arab city within Israel as far as population size is concerned.

During Sunday's rally, Lieberman said those who raised the black flag of what is called the "Nakba Day" in mourning over the establishment of Israel, did not deserve to belong to the state of Israel.

"I am quite willing to donate them [the people who raise the black flags] to PA chief Mahmoud Abbas," Lieberman said. "It would be my pleasure," he added.

He called for including Arab states and Israel's Arab citizens in any settlement with the Palestinians.

Lieberman said Israel should seize the opportunity of the presence of similar points of view with Arab states, even without mentioning what these points of view were about.

He said there could not be a bilateral settlement of the Palestinian-Israeli conflict, calling for a regional settlement that included Arab states and Israel's Arab citizens.

"The Palestinians know what is being said about them now in the Arab world," Lieberman said.

He added that some Arab states believed that real threats came from the Palestinian faction Hamas and the militant group ISIS, not from Israel.
Last Update: Mar 17, 2015 2:32 pm
RELATED TOPICS