Lieberman: Disloyal Arabs' heads must be chopped off with axe 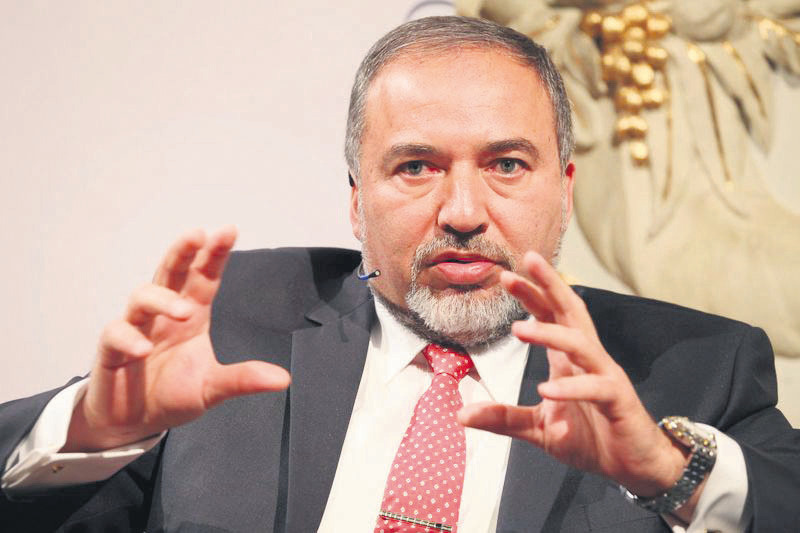 Israeli Foreign Minister and the head of Yisrael Beiteinu Party Avigdor Lieberman on Sunday lashed out at Israel's Arab citizens, threatening to cut their heads off with an axe. "Those who are with us deserve everything, but those who are against us deserve to have their heads chopped off with an axe," Lieberman said during an election rally in the western city of Herzliya. He, meanwhile, added that there was no reason for Umm el-Fahm, an Arab city in northern Israel, to continue to be part of his country.

During Sunday's rally, Lieberman said those who rose the black flag of what is called the "Nakba Day" in mourning over the establishment of Israel, did not deserve to belong to the state of Israel. "I am quite willing to donate them [the people who raise the black flags] to PA chief Mahmoud Abbas," Lieberman said. "It would be my pleasure," he added. He called for including Arab states and Israel's Arab citizens in any settlement with the Palestinians. Lieberman said Israel should seize the opportunity of the presence of similar points of view with Arab states, even without mentioning what these points of view were about. He said there could not be a bilateral settlement of the Palestinian-Israeli conflict, calling for a regional settlement that included Arab states and Israel's Arab citizens. "The Palestinians know what is being said about them now in the Arab world," Lieberman said. He added that some Arab states believed that real threats came from the Palestinian faction Hamas and the militant group Islamic State of Iraq and al-Sham, not from Israel.

Israeli Prime Minister Benjamin Netanyahu who launched attacks on Gaza last summer that left more than 2,000 dead was no different from Lieberman on Israeli policies towards Palestinians. He said Israel will not cede territory due to the current climate in the Middle East, appearing to rule out the establishment of a Palestinian state, in statements which contradict his famous 2009 Bar Ilan speech in which he vowed his commitment to the two-state solution.

Israeli politicians have started toughening their rhetoric against Palestinians and the conflict as the country will hold elections on March 17. As Netanyahu struggles to win elections through allying Zionist Camp, a recent poll conducted by Israeli army radio indicated that Netanyahu's Likud Party and the "Zionist Camp" alliance. Released on Monday, poll results showed that only 23 percent of Israelis would support a Likud-ZionistCamp partnership, while 24 percent remain undecided. The number of participants in the poll, which comes only days before elections slated for March 17, was not given. Israeli President Reuven Rivlin was quoted by Israel's Channel 2 as saying that, in the event of a near-tie between competing parties, he would try to cobble together a national unity government. This government, Rivlin asserted, would be tasked with changing Israeli electoral system.
Last Update: Mar 09, 2015 11:42 pm
RELATED TOPICS