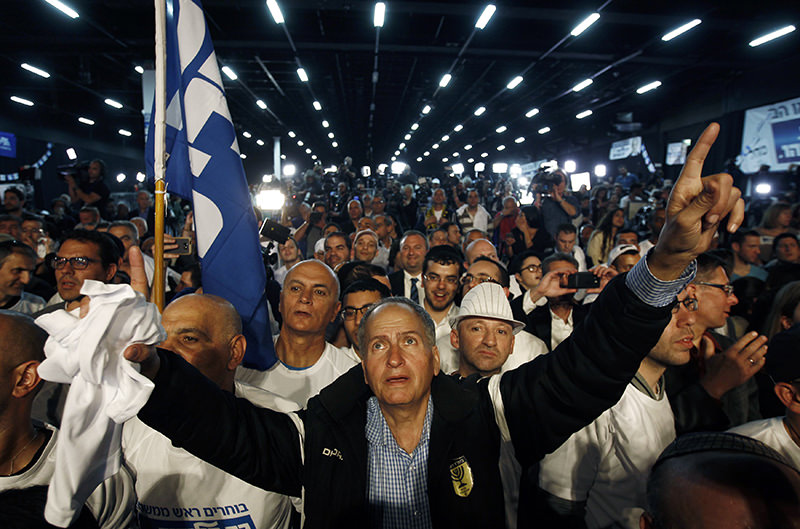 The Zionist Union, which is led by Isaac Herzog, came in second position with 24 seats, Israel Public Radio added after counting 100 percent of votes in Israel's Knesset election, which was held on Tuesday.

Israeli President Reuven Rivlin prefers a national government to be formed by the right-wing Likud Party and the centrist Zionist Union alliance, sources close to the President said Wednesday.

The sources told Channel 10 that Rivlin preferred this option, even as he would not impose it on any of the two rival political blocs.

"The President's suggestion is based on the close results each of the two camps achieved in the Knesset election," one of the sources said.

Millions of Israelis cast their votes in their country's 20th Knesset election on Tuesday to determine Israel's next prime minister and the make-up of its parliament.

The radio said the joint list, which is made up of four Arab parties, won 13 seats, whereas Yesh Atid Party, which is led by former finance minister Yair Lapid, won 11 seats.

Polling stations closed down at 10:00 local time on Tuesday, but the election results are due to be officially announced on Thursday.

Both Netanyahu and Herzog claimed to have won the election, getting ready to form Israel's next government.

Soon after polling stations closed down, preliminary exit poll estimates released by Israeli media showed the electoral race to be too close to call.